Driving with kids is an entirely whole different ball game. You’ve got to focus on the road ahead and the baby behind. Lisa was great for most of the trip. About halfway through she let us know she was hungry, but that’s easily reminded. The drive is easy for the most part. No traffic in Atlanta, and the rest of the drive is through mostly rural Georgia. Sunday night we eat buffalo burgers South Beach, aka “protein” style for you In and Out fans. Instead of a bun you wrap the burger in lettuce for that yummy low carb zing (or so I tell myself :))

Monday is a the surprise that every good sabbatical needs. I was working on my sister’s baby stroller and smashed my finger in the wheel against the brake. My finger is bleeding pretty good and it hurts. I head into the kitchen and put ice on it. A lot was going on around me and I passed out. Given that matter (me) accelerates at 9.8 m/s2 my head knocked up against the cabinet.I awoke somewhat disoriented, but felt for the most part ok. Having played football, Ray suggested I get checked out. We spent the afternoon in the ER at Candler Hospital to ensure that nothing was wrong. After a CT scan of my brain and many x rays later they said I was fine. It was quickly ruled not a diabetic thing as my blood sugars were quite stable at the time. Apparently this kind of thing is “reasonably” common where the body suffers some kind of trauma (the finger in this case) and has lots of other stimuli going on and blood pressure drops too quickly. 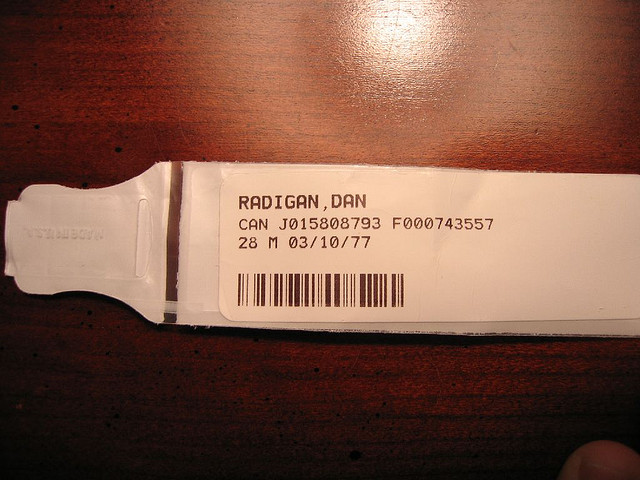 Tuesday was the chill out day. My sister and I ran errands for most of the morning. One of the stops was the Byrd Cookie Company. Apparently the cookies are famous nationwide (I didn’t know :)). Since they are located in Savannah, we stopped by. They have a setup there where you can see the cookies being made on the presses. They also have samples of all the different kinds that they make (some 20 or so). Brittany had to work out so I got to babysit Lisa. We head over to the park in the jogging stroller that ate my finger. Lisa was great for most of it as she likes being outside and bouncing in the stroller. As a random note, Brittany had the stroller fixed at the bike shop and the tech did the same thing to his finger. That evening Ray and I went out in his boat for a sunset cruise in the river just west of Tybee Island. I want to call it the Willamette, but that’s in Portland. Maybe it’s the Wilmington River. Anyone know? (I just checked. It’s the Wilmington)

I was supposed to leave for Sarasota on Wednesday morning, but an opportunity to go tarpon fishing came around. Since I’d not been before, I figured I’d jump at it. Only problem is that duty calls early, 5:45 AM, even before Lisa wakes up. We drive down to Jekyll Island which is about 90 miles south of Savannah proper. This area of the coast brings back memories. As a boy scout we’d always have an annual camping trip at Cumberland Island, a protected remote island in south Georgia. Also in college a buddy, Rob Bills, and I took a road trip because we had time to burn to visit a common friend down in that area.

We hit the water at 7 am and rode out of the pass into the Atlantic Ocean. We needed to catch bait. To catch bait, you need to find bait. So being the newbie here, we have to look for splashes in the water. We’re out in the ocean with waves. There are lots of splashes. Little did I know there are certain kinds of splashes that are akin to bait. We find some and catch about 50 six inch fish by net. Armed with bait we now go after the tarpon. We cast our lines out and start getting bites pretty quickly but they are shark bites. Some of the shark we caught were in the 3 foot range, but it’s not the goal to find Jaws. So how do you find tarpon? You guessed it, specific splashes with slight silver stripes. Thousands of square miles of water and we’re looking for splashes. After a few hours of looking my eyes are getting a lot better at what I’m looking for as I’m now able to find them. tarpon is a real bony and large fish. Tarpon usually range from 100 – 150 pounds. Since it’s sport fishing when you see them the hunt really kicks into high gear. We see some fish about 100 yards off the back of the boat. I’m the low man on the totem pole so I start to chum. Chumming is the process of quartering the bait with scissors (it has this nice slime on it since it’s been dead for a few hours) and tossing it in the water. We cast our lines, but no luck. We try circling around them, but no luck. The day wrapped up with no catch, but it was great to be on the water and see how the hunt is done.

We called it an early night as I had a six hour drive to Sarasota the next day and being in 90 degree heat with 100pct humidity can wear a guy out! It’s always great to see Brittany and Ray (and now Lisa). This trip was no exception!