I’ve got the weekend to chill out in Seattle before heading back to San Francisco. I’m not sure at this point which day I’m leaving as the weather is true Seattle: rain. Andy and I were planning on camping, but sitting in a tent with rain is not my idea of fun nor is it his.

Saturday we spend most of the day working in the yard as the rain is holding off. Being a renter you don’t have to do yard work which made the day kind of cool since it’s been a long time since I’ve done that kind of thing. Saturday night Andy and Raissa went off to a wedding so I chilled out and worked on the bike getting her ready for departure to Mountain View.

Sunday we went to Raissa’s Dad’s church startup and ran into a bunch of Raissa’s family since a lot of them were in town for the wedding. It was good to see all of them again (from Andy’s wedding). The early afternoon is all about safeway. We seem to be spending a lot of time there! I usually carry all of my food with me on the bike so this is like the 6th Safeway run since I’ve been in Seattle. 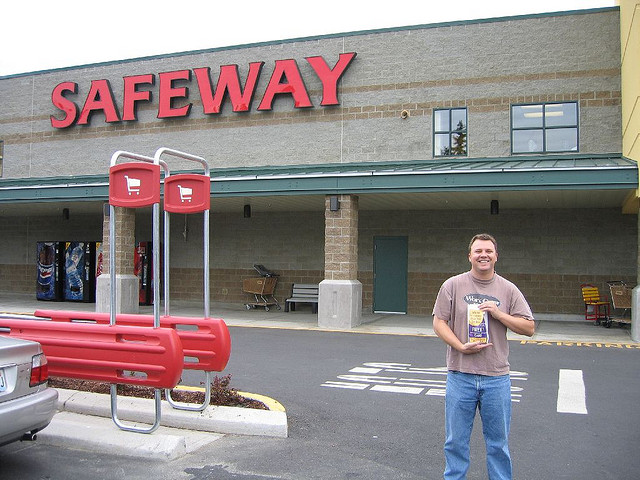 We get all the food we need for the BBQ. Once we get back Andy decides that he wants sweet tea. We go back to Safeway to get tea and sugar. Once we started up the grill we realized we were missing one thing: propane! Most of Raissa’s family and friends were over and no gas to cook with! We quickly changed over to a BBStove and had a great spread of BBQ chicken, Dan’s beans, salad, and dessert.

To make an excellent dessert, get the large Safeway or Costco cookies. Get a quart of ice cream that’s in the tall cylinders. Cut the cylinder into one inch cross sections. Freeze the ice cream so it’s hard. Cut the ice cream and cookies in half. Put the ice cream in between two cookies and serve.

It was looking like Tuesday was the departure day. Monday we ran errands in the morning and saw Wedding Crashers that afternoon. I’d give the movie a B/B-. I didn’t feel jipped as it was a matinee, but I’ve seen better.
That night we chilled out and had leftover BBQ and called it an early night (we’re getting old :)).

Late at night they change the forecast. Now, Tuesday is supposed to be isolated showers. Hopefully none cross my path as I need to be in San Jose by Friday!