Southern California is a place I’ve not often visited, almost disproportionally for as much as I travel in this state and for as long as I’ve been here. I don’t know if it’s just the fact that I’m prejudiced against it or if it’s just never appealed to me. I often think that it’s full of pollution, bad traffic, and well just kind of sucks. Nor-Cal and So-Cal always poke fun at one another, but it’s just in jest unless the matter is about water. Water comes with big politics in the golden state, much more so in dry years, like this one.

Being early in the year, the weather is better down there and in some parts, this is only time of year you can go. Some parts can see 120-130 degrees in the summer. I have a thing of usually eating Taco Bell on the road. It’s one of the fast food joint’s you can do “better” at. Our first major destination was Pismo beach. Much like Daytona, Florida, they allow you to take motor vehicles on the beach. The first activity: to ride ATV’s on the beach.

When I got to Steve’s ATV Rental I was not sure what I was getting into, but I chose the Honda 400 ATV and I got on a bus out to the site, watched a safety video, and then was on the road, er sand. 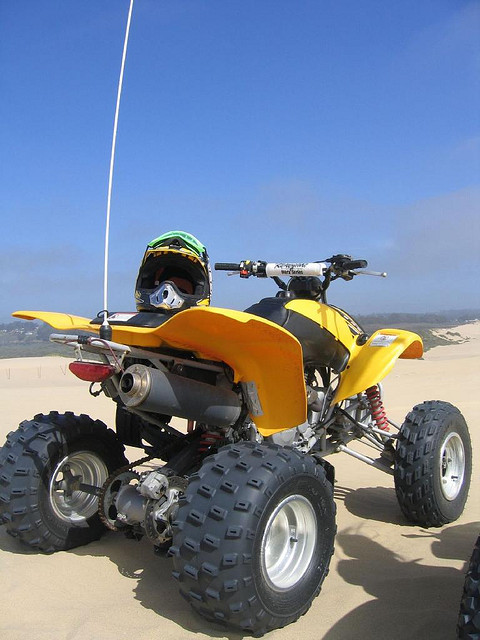 My bike (ATV’s are called bikes too) was a manual transmission I started down the beach to the dunes area. When I got to the dunes it was surprising how different it was to ride the bike in the sand. When going up hills the bike would often want to turn down hill. Later I found out that the bike was more unstable in the hills and that you needed to move weight forward to push the front wheels down into the sand. After a bit more practice I went full on into the dunes. I mostly stuck to the ridge line, traversing from dune to dune through the park. I saw all kinds of things in the sand: dirt bikes, trucks, dune buggies, and of course, other ATV’s. I was surprised to find how big the park was. I rented my ATV for two hours, but only saw about half the park. Once out there you could see how easy it would be to get lost in a real desert. Dunes blended in with one another and if the signs (and eventual fence) were not there, you could find yourself lost for a bit. 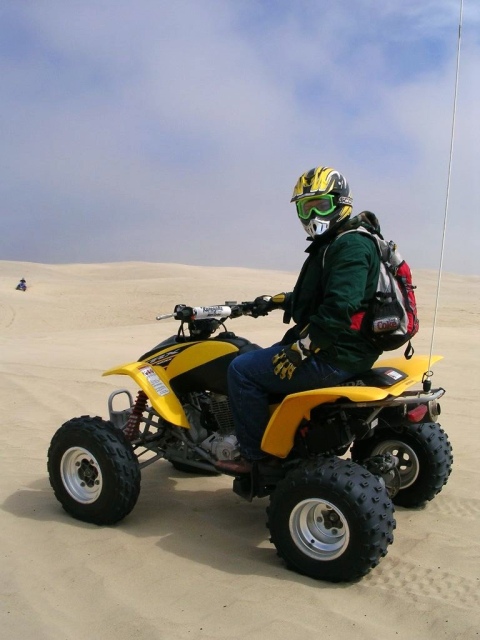 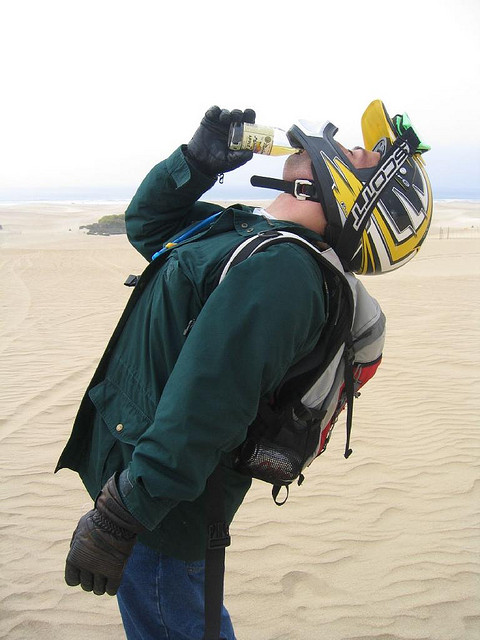 For first timers it was great. The fact that the bike worked and shifted like a motorcycle helped me a lot. I’ve found that a few times I’d twist my right hand to accelerate but it’s a thumb press on a lever to accelerate. I got stuck once, so it was “fun” to do a bit of digging out of the sand. After I got back to the cars, I figured it was a must do again, hopefully with some others that I knew from home. 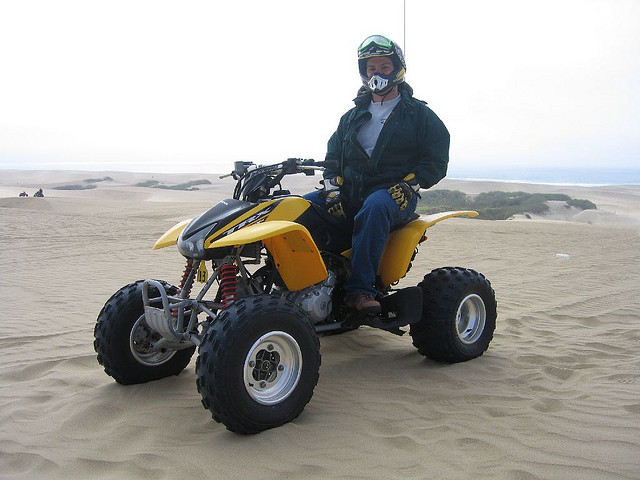 Note: don’t go on Saturday or Sunday. Weekdays are much better.

I knew that I wanted to make it to Lancaster that night as I wanted to be in Joshua tree the next day. That meant getting down into Santa Barbara and then around the LA basin. I hit a bit of traffic in Santa Barbara, so I decided to stop for dinner. I remember from a long time ago, say 15 years ago, that Oprah’s favorite meatball sandwich comes from Santa Barbara. I tracked down the place to be Trattoria Mollie. 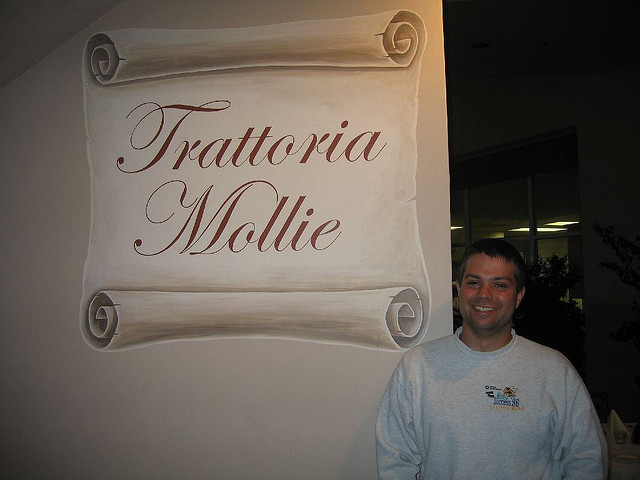 I was a bit under dressed for upscale Santa Barbara, but what the hell, I may not be back. I do have to say that I give the place a thumbs up. They had raisins in their meatballs, which is a really odd twist. 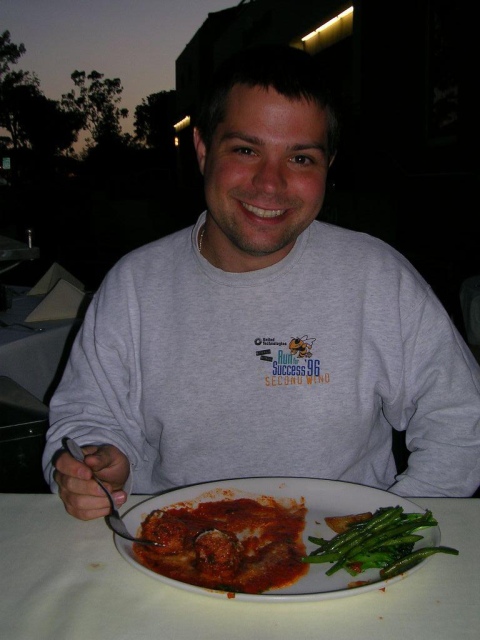 While good, my favorite Meatball sandwich comes from Cafe Pazzo, up in San Francisco.

After leaving Santa Barbara the travel was pretty uneventful. When I got to Lancaster I quickly found out that this was not the place to stay so I drove back to Palmdale to book a room.