You’d think I’d sleep well every night as I’m tired from riding. Not so. Actually I’ve slept less well this trip than I do usually. I’m not quite sure why. Maybe it’s the anticipation of the riding or being in an unfamiliar place. None the less, I slept great last night. I’m ready to tackle the world.

It was nice to go for a jog this morning. I don’t exercise every morning, but the ones that I do, seem to help keep my muscles loose for the ride. The B&B is on a very large lot, so there were plenty of places to go jogging on dirt paths. The property at the B&B had plenty of water on site. 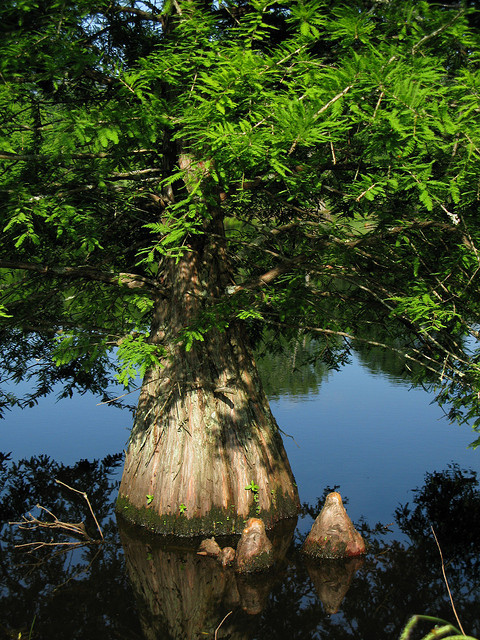 A good high school friend of mine and her boyfriend were up near Nashville. Esther wanted me to meet her new boyfriend, so Tennessee it was. Nashville is a bit of backtracking north, but hey, what’s a few miles for good friends. Mississippi and Alabama in the region I was in didn’t have a lot of twisties as this is the Mississippi river basin.

The day started on US72 headed east toward Alabama. It’s your standard four lane no frills highway. I seem to be hitting every red light in every town on every highway. By the time I got to Corinth, MS, I’d had it. I was swearing at the lights as I think I’d at least make some. Pulling into the gas station I see a Cobb County, Georgia license plate. I was sort of awestruck as I knew I was within a day’s drive of Atlanta. That license plate was the first real sign of “you’re getting close.”

After leaving US72, I turned north on the Natchez Trace Parkway. 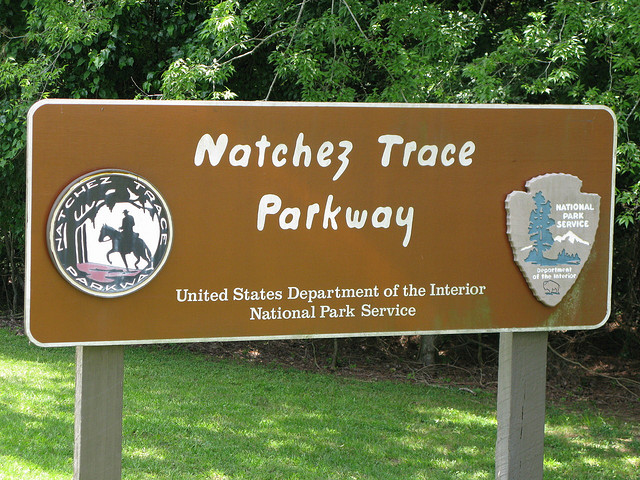 All I really knew about it is that the speed limit was a draconian 50 mph and that the pavement was second to none. After pulling into the visitors center I find out it’s an old trade route from Natchez to Nashville popular before steamboat travel was used up and down the Mississippi River. Once water travel was perfected, the Trace fell into disuse.

There were some bikers having a picnic at the visitors center as well. Turns out they were from Nashville and headed down to Tupelo. They offered me a bit of lunch (Yay). They also let me know I can run the Trace to 840 and head straight to my destination. Lightly fed and on track. I head north.

The Trace feels much like Cañada Road back home. The turns are gentle and every so often.

There is almost no traffic on the road nor are there any commercial activity allowed. Other than wildlife, there is nothing to run into. The road runs through lush green forest to open meadows then darts back into deep forest again. After a few miles I started to settle into the spirit of the Trace despite the snore of the speed limit. In a way this section sort of characterized the ride as a whole.

I was taking the roads less traveled by. While most of America is buzzing hub to hub on the freeway, I’m taking the secondary highways. This particular route has been used in some fashion for over 200 years. Connecting with that past was pretty cool. 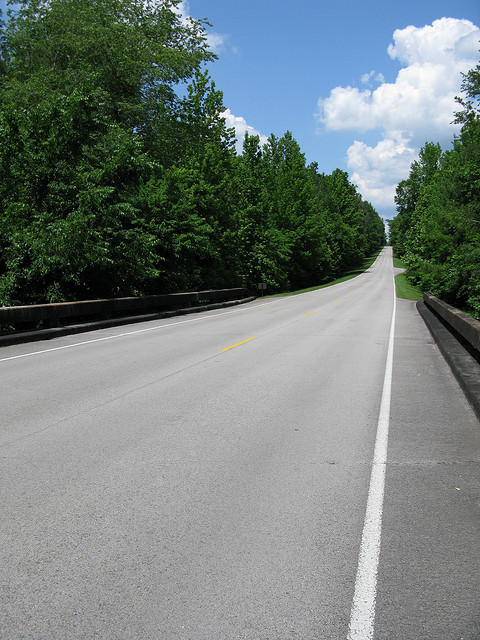 Meriwether Lewis’s (Lewis and Clark) was near the north end of the trace.

The monument there is cut short to represent Lewis’s life cut short as he died at an early age. Having come across the USA by bike, it’s hard to believe he did it w/o roads on foot 200 years ago.

That trip makes my trek pale in comparison.

I kept pushing north as the day was expiring. The GPS was disagreeing with me on what route to take, but I figured I’d hit 840 soon. Some 20 minutes later I gave up hope and agreed with the GPS. It routed me back to 840. When I looked down the highway back towards the trace, the road was not finished yet. Not sure where the miscommunication was from earlier in the day.

That night I got to stay with Dan and Esther in Murfreesboro. It was really good to meet Dan, Esther’s boyfriend. He’s got a very comfortable place in town. It’s always nice to get away from motels and see and stay with friends. Thanks ya’ll.