I’ve sort of fallen into doing a number of rides based on solar events. Most of the summer it is moon rides. Now that it’s winter and the sunrise is late in the morning I’m starting to do sunrise rides. Personally the sunrise is one of those things I never tire of. Getting up early and seeing the sun come over the horizon is one of those events that always brings about a peace and smile to me.

Morning called at 05:30. Geez that is early given that I’d not gone to bed that much earlier. But, folks would be waiting so it’s time to go. Breakfast made, hot water packed in the Thermos, and out the door at 6:20. The bike has been hard to start the last two times. Not sure what may be driving it. A bit of a throttle whack seemed to get her into shape. I met the crew at the base of the hill at 6:50 and we were up and on our way to meet the sun at 7:23.

The road up was pretty damp. I wasn’t expecting that. We’d had a few days of dry weather. With the crud on the road and low temps (high 30′s) there were a few spots that were slicker than I would have liked. Once up there, the view was awesome: 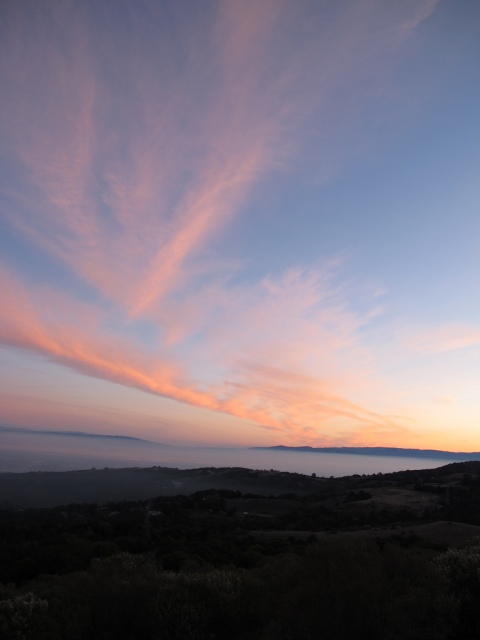 As the sun came up more orange and yellow entered the picture:

The sun started to peek through the trees: 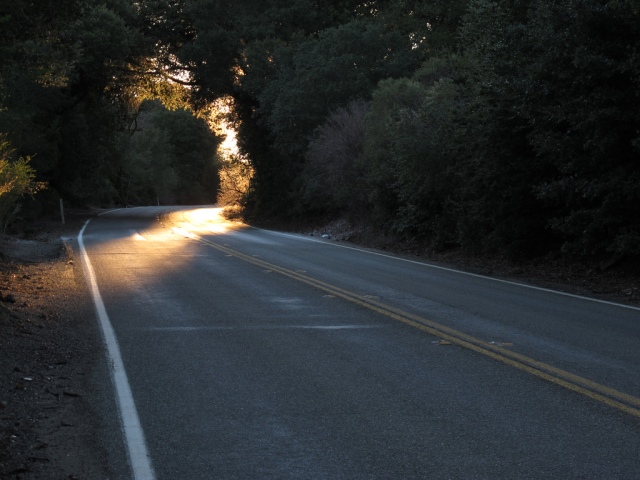 And finally over the horizon: 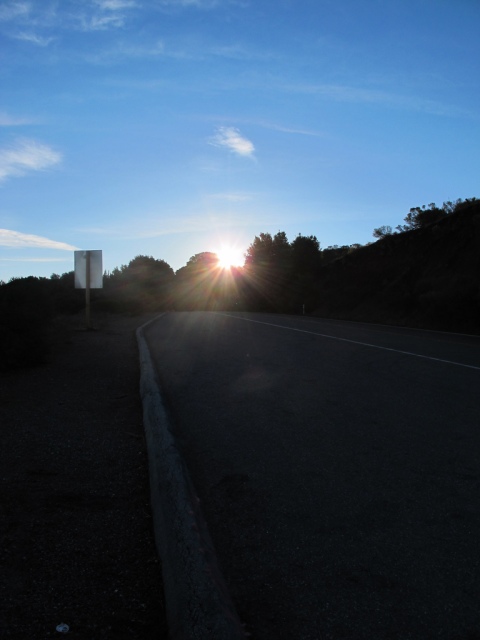 The problem was since it’s winter time the sun moves to the southern part of the horizon. The easterly view we had didn’t have a window for the actual sunrise. We had to wait until it cleared the thick trees almost an hour later! By then the sky was azure blue for the sunrise. Oh well. Live and learn.

JD brought his dog Hercules who loves to ride in the sidecar. He got tired of waiting and was looking blue: 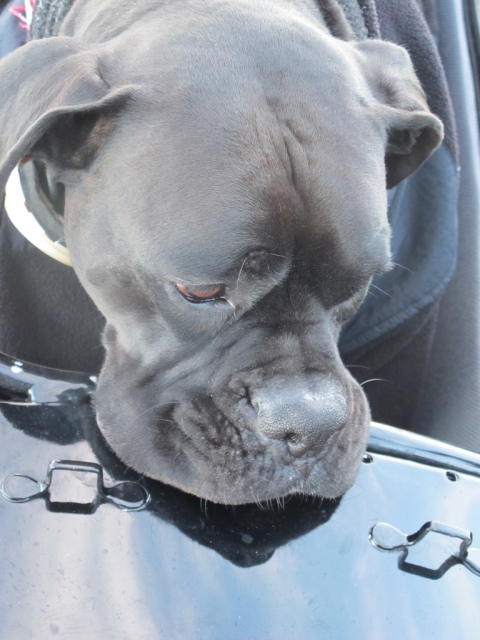 But he perked up for a picture with the author! 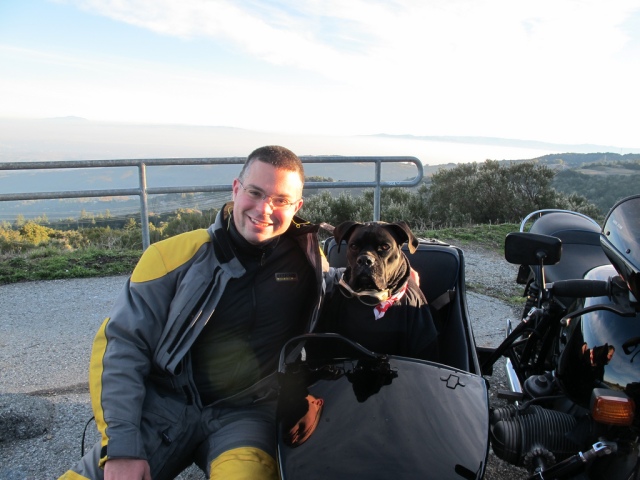 and soon after was ready to ride: 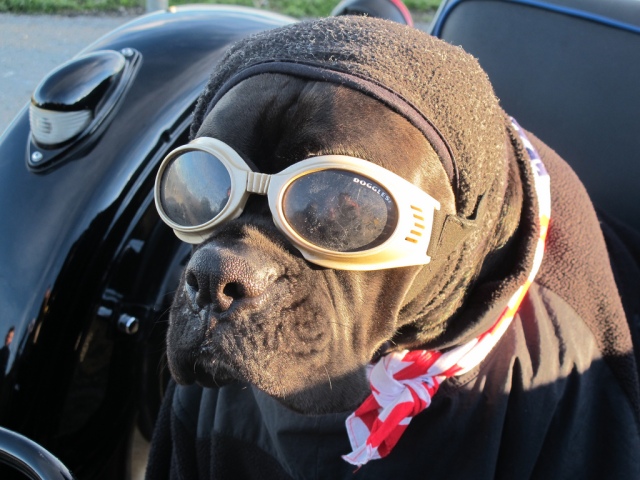 Not the longest ride by any stretch, but it was great to be out on the bike for a ride!