Chico is a neat little town. One of the main things I wanted to do there was to do the Sierra Nevada Brewery tour. I’d heard a few people speak well of it, so it became a bucket list item (yes, I have a large bucket of random stuff). We got there two minutes after the cutoff time so our spots were given to other people. I was going to pull the “I spent 5 hours on a motorcycle in the rain to get here” but another tour guide popped up and the stragglers got a more intimate tour rather than being in a large group. Who said being a slacker never pays!

We started out in the main area where they have the boilers. The owner of the brewery was so impressed with the copper kettles he saw over in Germany, he brought the makers of that kettle out of retirement from Germany to Chico to build him two of them.

After boiling the beer flows through a long series of pipes

to the fermentation tanks 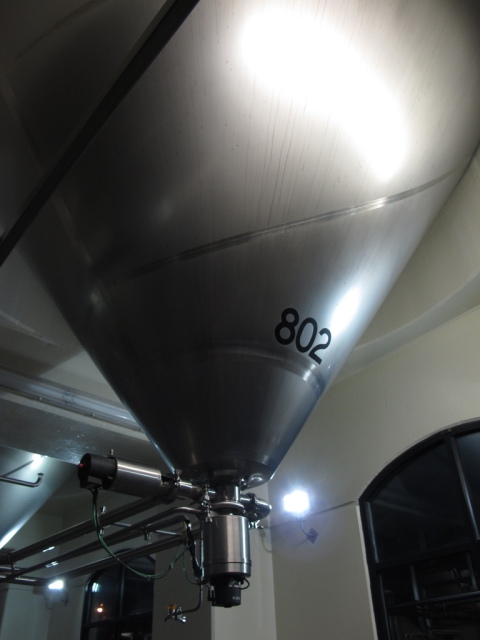 Once fermented, the beer then gets marked as “stabilized”

Unfortunately, since it was the weekend the bottling and packaging parts of the tour were not open for viewing. On the way out we saw this cart on the way out:

QA at the brewery brings testing to a whole different level!

One thing I was really impressed with is the focus on sustainable development at the brewery. A few things that really caught my attention:

After the tour we went over to the restaurant/pub to get some dinner. It was hard to tell if the crowd was mostly tourists or locals, but needless to say, it was packed. After a 30 minute wait we got a table for two and the waiter was right there to take our drink order. The food was really good, but my hunch is it was good because of high calorie cooking methods. The meatloaf was wrapped in bacon and the mashed potatoes had plenty of butter in them. After a long ride the food was well received, but the restaurant isn’t one for losing weight.