Wow… Somehow it seemed like I just got home from THE Moto 2011 and now it’s time to hit the road again. As usual I’ve procrastinated till the last possible moment on things. The V-Strom was needing some major love. The rear tire would have to be replaced. The chain was louder than the motor so that would be a new set of sprockets as well as a chain. And the cush drive needed to be swapped as well. All in all it’s one of those moments where the bike needs it’s $500 in love to be happy again. The folks at Santa Clara Cycle were able to get the bike in and all fixed up for the weekend’s adventures.

I’d not been up the east side of the coastal mountains before so I was excited to see some new roads.

Being a holiday weekend traffic leaving the Bay Area was inane. I-80 was a parking lot getting from the east bay all the way through the 680 interchange. Unfortunatley, there’s no better option so, it was just grin and bear it. Getting into the wine country there were a few stubborn cars that didn’t want to turn out, but well things generally thinned by about Winters. We’ve had a pretty cold spring and summer for the area. Temps haven’t been much in the 80’s and more than our fair share of cold and wet. Today was a total departure from the norm. Just a minute out in the sun and the phone was done.

The ride along CA-16 was a new one for me. I’d been on the eastern part of the same highway between Sacramento and CA-49. The western side has more twisties and fun to it by a considerable degree. When rolling into Capay, CA on highway 16 there is a pretty cool restaurant called Road Trip Bar and Grill. It was an unexpected find which was awesome. The decor on the walls was pretty cool and very much captured the “American highway” motif. 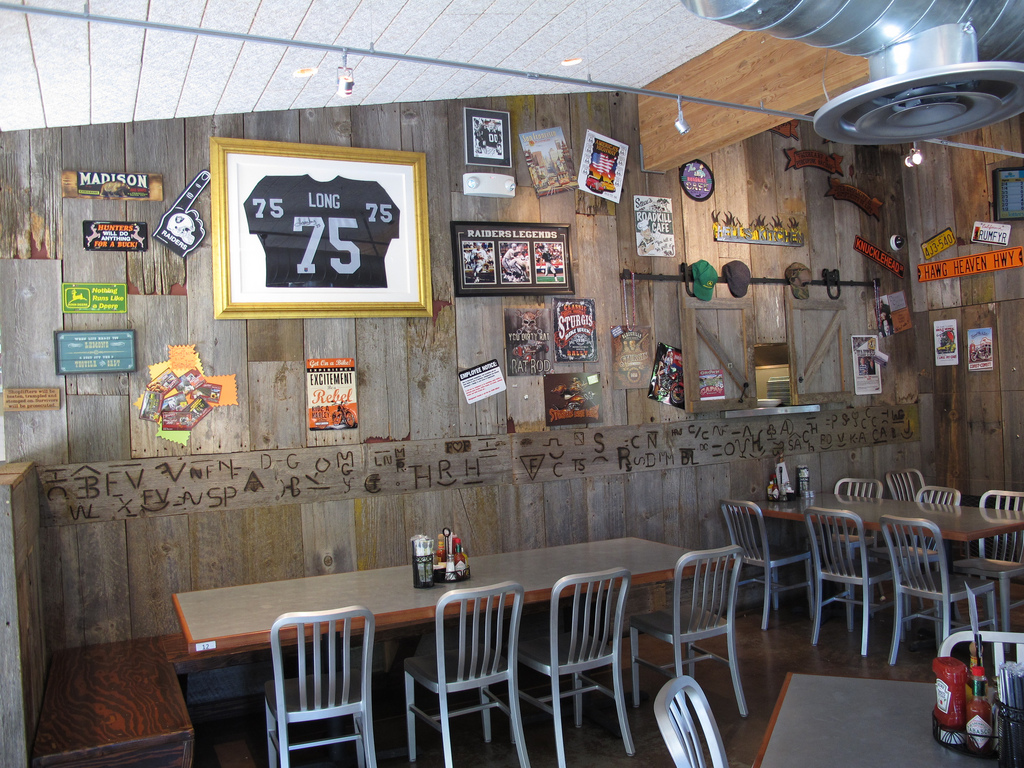 The backyard with horseshoes was pretty cool. Being really hot and full of motorcycle gear is not the best situation to play in, but it’s nice to see that sort of thing. Apparently on Wednesday nights they have a band that comes and plays and the backyard fills out.

Rolling north on CA-16, traffic was moderately heavy. It seemed unusual until I got to the Cache Creek Casino which then explained the heavier traffic. After passing it, things opened up greatly and the bike was purring again! The pavement on 16 was good as well as on CA-20. Both roads had a lot of fast, gentle sweepers that were a lot of fun to ride. CA-20 straightens out as it nears I-5, but as I made my way west, thing then got curvy again. I knew that the bike was going to hit a milestone on this ride. I just didn’t know if it was going to be today or tomorrow. It turned out it was today and just outside of Corning, CA. 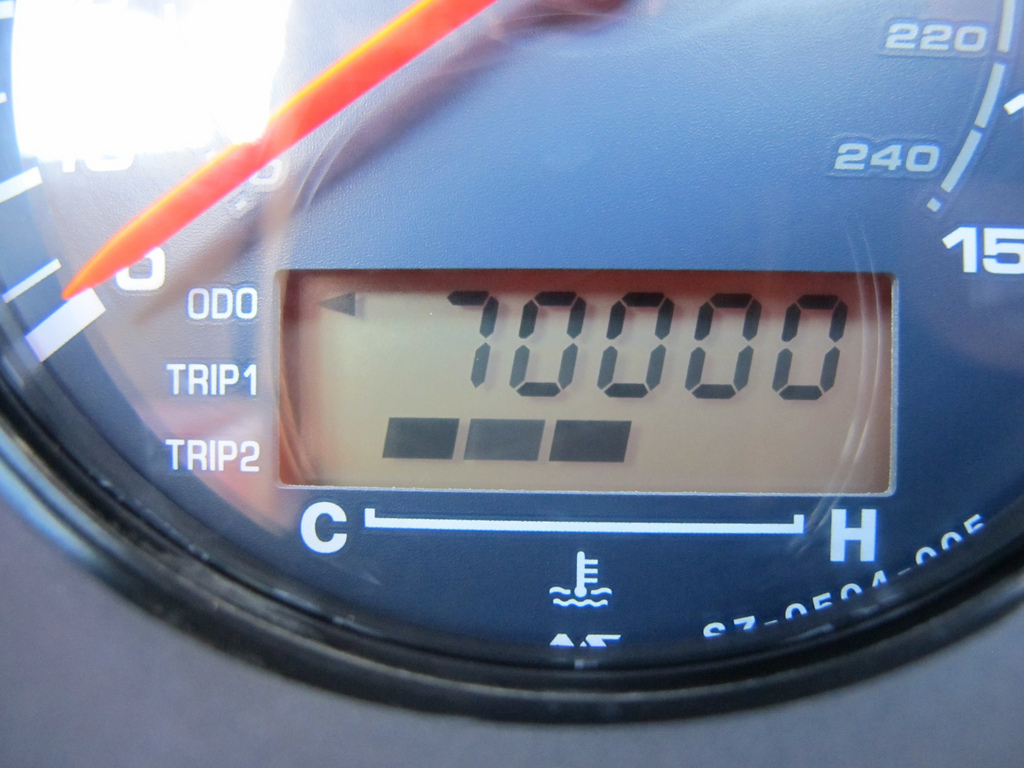 Having got the bike with two miles on the clock and have ridden just about all of them, I was happy. The V-Strom has been a great bike over the years and for the most part has been pretty maintenance free. I’d like to take the bike to at least 100,000 miles before letting it go. Truth be told, I’ll probably still hang onto it. 🙂

I had always assumed that the north Sacramento valley was uninteresting to ride but was proven otherwise. Turns out Stonyford ain’t just for dirt bikes. There is plenty of nice asphalt around for the street bikes as well. The store has a mist hose that blows a fine mist as you go under the cover on the porch. That mist was awesome as it was warm that day!

Being the 4th of July holiday weekend it was nice to see the flag out flying in all sorts of places.

The ride at the north end of the trip began to mellow out again as I got near I-5 as it did last time. A short stretch to the freeway on some county road and then a blast up I-5 into Red Bluff. While not motorcycle mecca in and of itself, Red Bluff is the east end of one of the most amazing stretches of motorcycle nirvana out there: CA-36. I’ve passed the clock tower in town a number of times but it was always too hot to stop. I figured this time it was only in the 80’s (vs the 100’s) so late at night it was worth a shot.