It’s time to head to the Sierras yet again to get yet one more ride in before the snows close the roads for the winter. We had some pretty intense rain down in the Bay area that did close all three major passes. As the weekend got closer I and many riders were hoping that the passes would open on Saturday. Being so early in the season it would be hard to see that they wouldn’t have opened with a little CalTrans encouragement, but with tight budgets I could see the state deferring plowing.

The good news is that the state opened the roads! Saturday morning it was time to hit the highway and head east. The ride out of the bay area and across the valley was the usual route with nothing really interesting to report there. Lunch however was at a the Priest Station Cafe & Store just outside of Groveland. The view was awesome up the Priest Grades.

I was excited that they had grass fed beef and sweet potato fries. Two of my favorites! Presentation wasn’t bad either as it makes for a colorful meal.

For most of the trip I’d had good luck with cars pulling over for bikes to pass. About 1/2 way between Groveland and Crane Flat there was a Honda sedan that just didn’t get the concept of turnouts. Mile after mile this car didn’t turn out going 15 under the limit in the corners. Finally a space opened up and I was able to jet by and keep on rolling. At Crane Flat (elevation 6000ft) it was time to don a layer as it was going to get chilly further up in the hills. I didn’t stop much in the park. My priority was getting over to the eastern side of the mountains so there was only one stop on the western slope: Tenaya Lake. It’s an awesome lake with clear waters. Given how cold it’s been, no way was I going swimming! 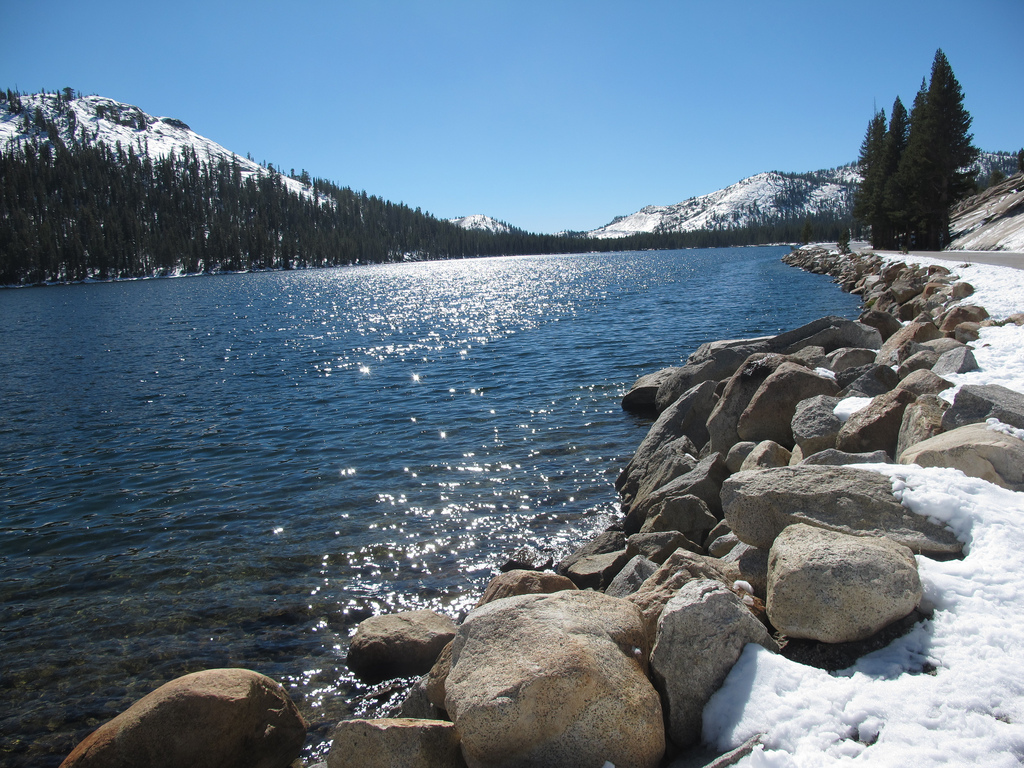 But I got a good picture out of the deal! 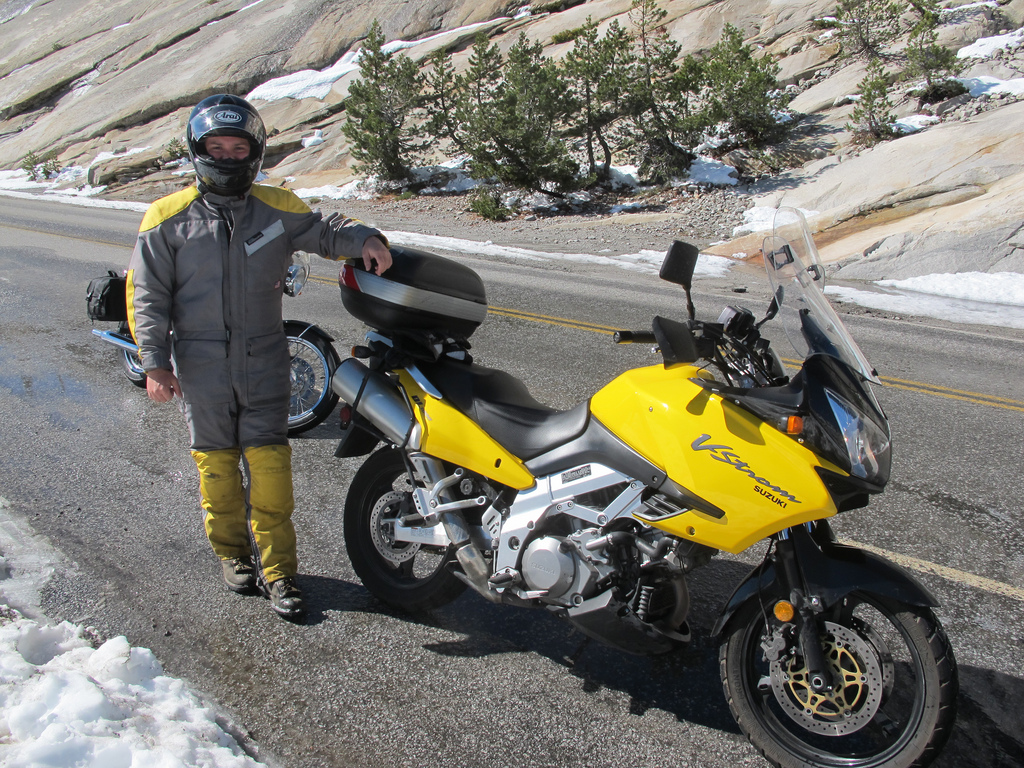 I wanted to check the June Lake Loop to see if there was any fall color there. Unfortunately there was none :(. That being said, I got to take some fun pictures of the approach into the area. This little section of twisties is always fun to flick the bike around in at speed!

Usually Grant Lake looks pretty barren by this time of year. With the snows we had in the past winter it’s still full to the brim. Some sailboaters were out enjoying the water!

Silver Lake tends to be hard to photograph in the afternoon as the sun is near the mountains making for a difficult exposure. I was able to get a shady view of the lake with the sun giving just a few rays to the tops of the mountains where the snow was.

Since there was no real foliage at the June Lake area, my next option was Rock Creek. Rock Creek is about 1500 feet higher than the June Lake area, so I was hoping to find some foliage there. The problem was the storm we had a few days back burned most of the color away from the trees. There were some green trees, a few sickly yellow ones higher up, and mostly brown and bare trees at the top. The lake was pretty and up at 7000ft in the shade there was plenty of snow to be had. I kept going down the road and at about 7500ft the road got really icy and some cars were coming back down that required me to traverse more of the ice and snow and then turn around. Not fun at all! 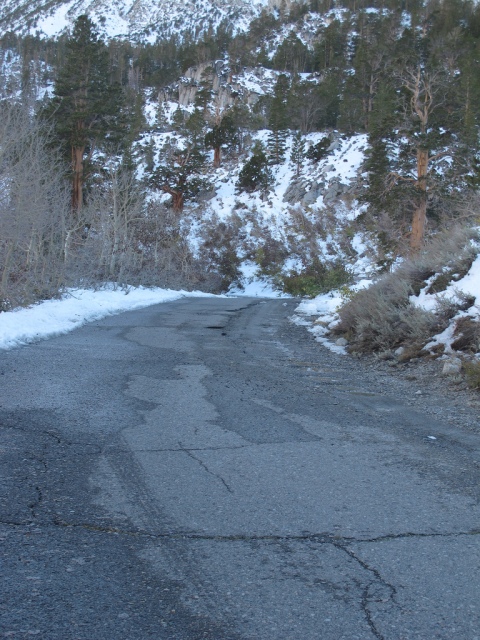 I was able to get a few pictures of the leaves lamenting the winter ahead.

At this point it was cold and I was losing sun fast. I snapped a few of Rock Creek Lake quickly.

All in all a good day in the hills! 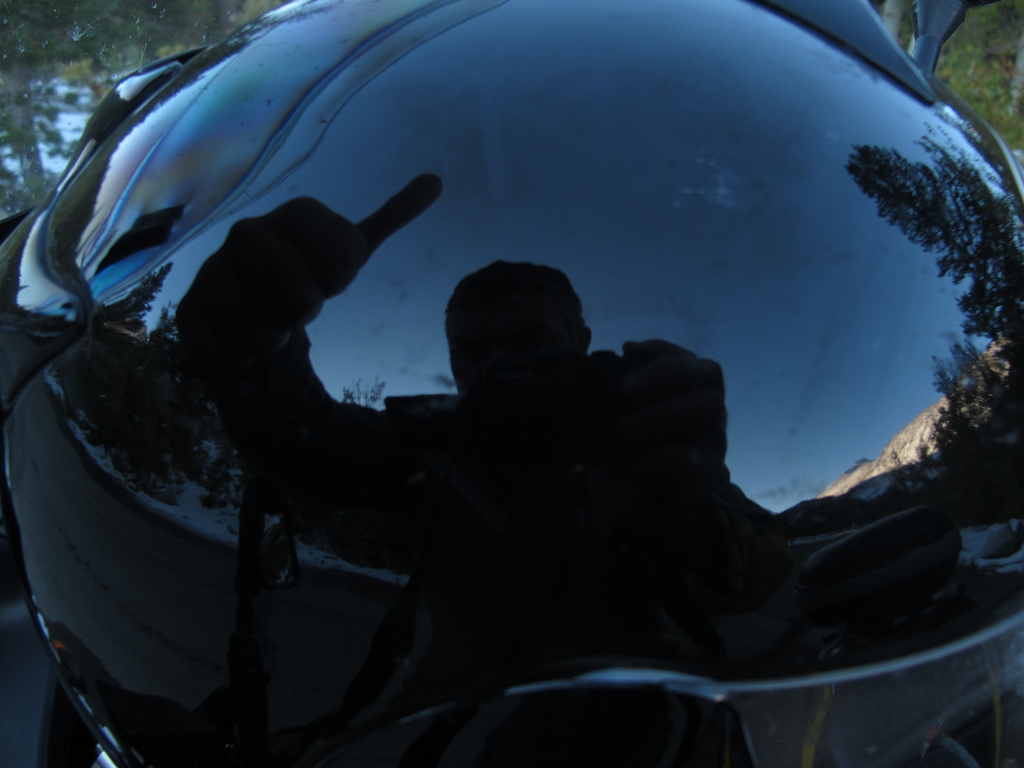 I headed back down to US-395 and down to Bishop. The warm weather was welcomed as I was cold from being up at elevation without my heated gear (doh!). Dinner was at Yamatani. I’m not a big Japanese food fan, but hey, I’ll try something new every now and again.