Earlier in the week I was up in the city taking photos of the Bay Bridge at sunrise. People were talking about this so-called quote “super moon” this weekend.  I heard through the web that there would be great photo opportunities at the Golden Gate Bridge.  While websites like Meetup and Facebook are great to connect people.  However, word also gets out very quickly about new events.  I had a feeling that the bridge overlook was going to be overwhelmed with people. I was right. I threw a bicycle in the back of the truck so I could park off-site and bike to the overlook. That turned out to be a very smart move. There must’ve been about 50 to 60 photographers out there taking photos. All the parking was gone as there are only 10-15 spots near the overlook.  Any sense of serenity was long-lost.

One of the great things about film is that it was significantly expensive every time you press the shutter button. You had to buy film, develop film, and wait the time for development. Don’t get me wrong, I love digital photography, but it lowers the bar for entry significantly. There are a number of SLR camera owners that have no idea how to run their camera. That was very evident at the top of the hill. I’m not saying I’m Ansel Adams, but I think I saw the effects of too much democracy in the photographic field that night :-).

One of the large container ships is leaving San Francisco Bay!

The full Golden gate at twilight!

The Supermoon has just come over the horizon. 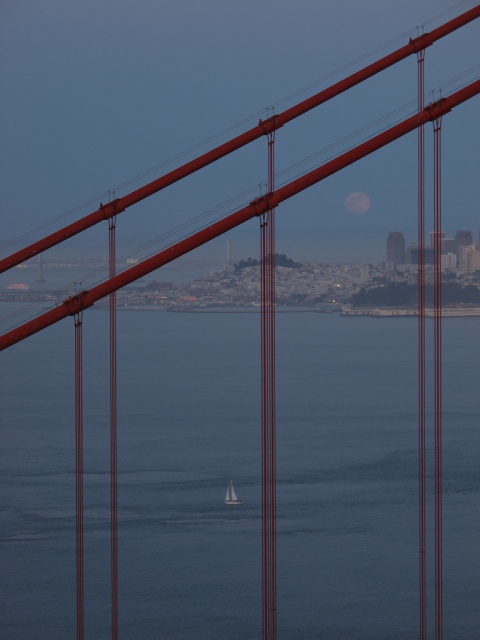 The city skyline with the moon at twilight through the bridge. 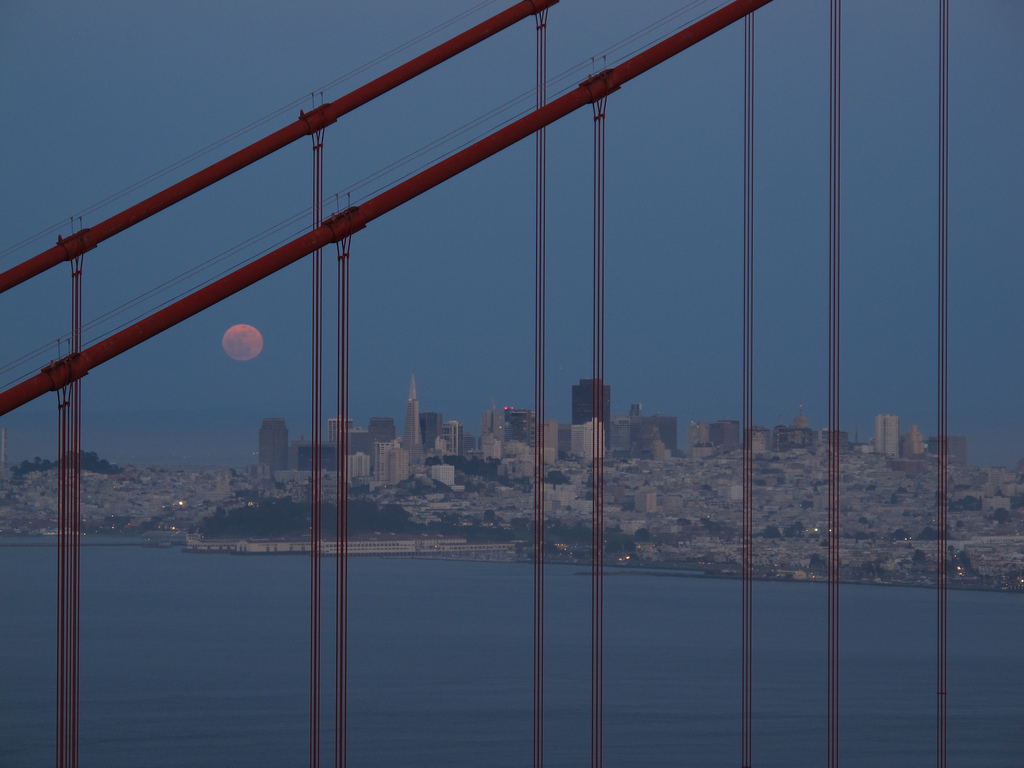 Now it’s getting dark enough for some great photos!

I think this one is one of my favorites of the group. 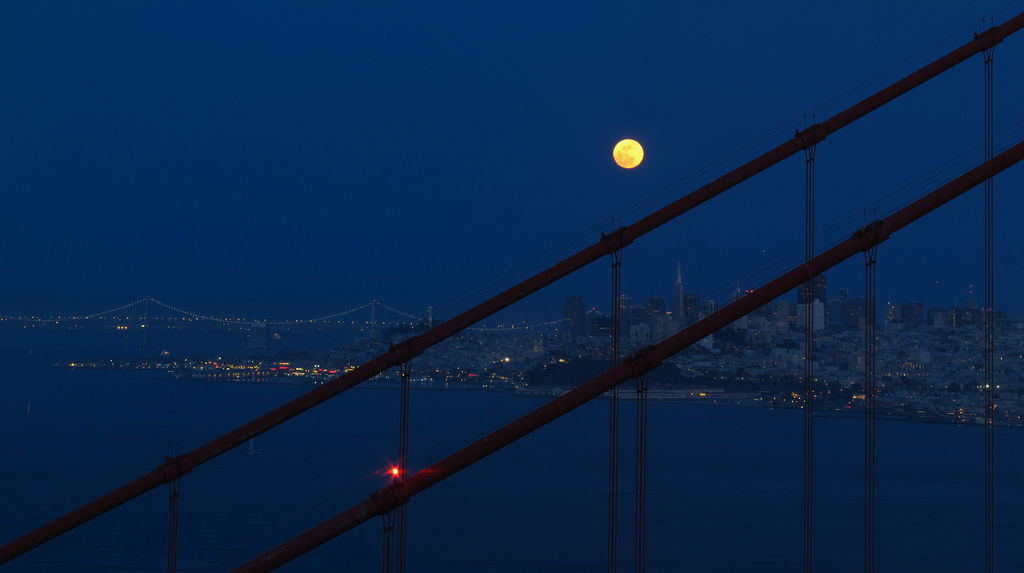 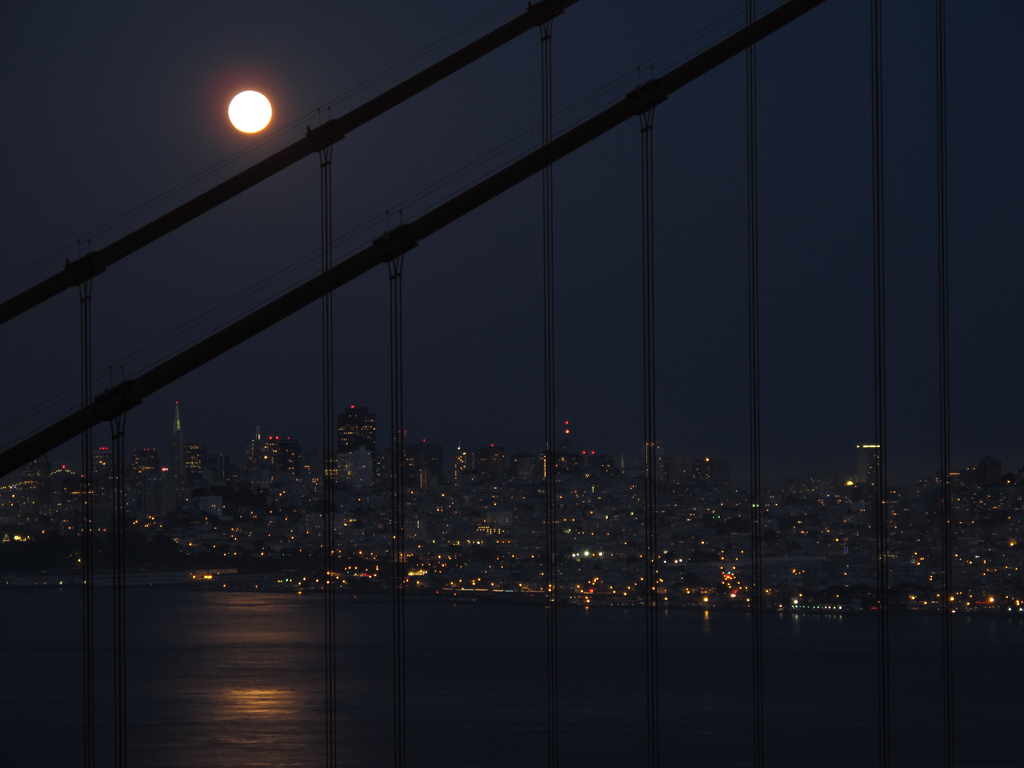 With my little camera, the super moon is not so super 😦 .I think I need a new camera! 🙂 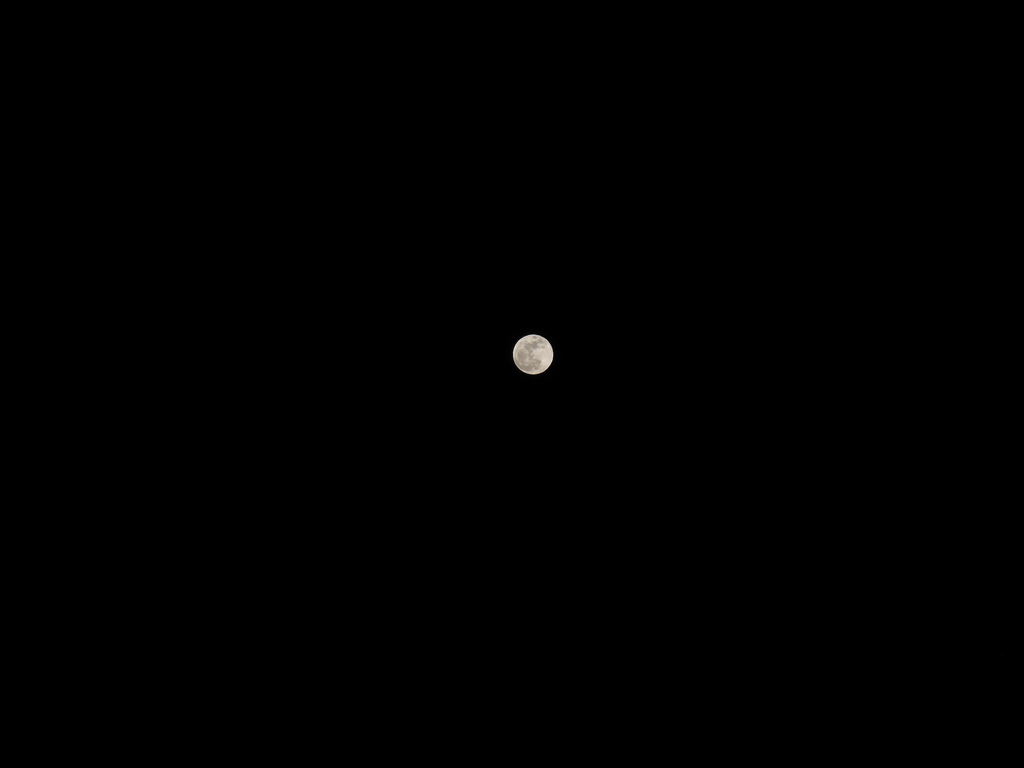