I’ve been working on a photo collection for about seven years from various parts of California.  I was invited to present at a photography expo in mid July that I’d like to be able to show this piece.  The problem is that I’m missing one critical piece of the picture, the low desert in Southern California.

These photos are supposed to have some interesting story behind them.  I’ve got to take a few photos in Needles, California which is about as far as one can get from my home and still be in California.  There is nothing really interesting about the drive either as it’s freeway to freeway to freeway.  I thought about taking the bike down there but it’s going to be over 115 degrees for many hours of the trip, so I decided to take the truck.  The drive was long enough I considered renting a car but decided that the hassle wasn’t worth it.

I hit the road right at 9:00 AM.  I had about 1100 miles to drive and 36 hours to do it in.  The first part of the drive was easy.  No traffic at all out of San Jose into the Central Valley.  I don’t often take the truck on long trips as the bike is more fun and better on fuel.  It was nice to have A/C and full control of the radio.  Once on Interstate 5 the long haul began.  Interstate 5 runs north to south the whole length of California.  The section between Stockton and the Grapevine is known for high speed travel as it’s straight as an arrow.  Today however, things were rolling along at near a speed limit pace.  Surprisingly, it wasn’t really all that frustrating.  It was great to catch up with some friends as the miles rolled by.  About halfway between Los Banos and Bakersfield a wonderful array of sunflowers and black eyed susans showed up on the side of the freeway.  I’d seen photos of sunflower farms in Kansas, but never here in California.  It was really pretty to see the sharp, yellow flowers along the highway.

Interstate 5 was shut down to one lane just south of the highway 46 junction.  Thus traffic on the 46 was a bit heavier than normal.  Other than that, it was pretty smooth sailing onto the 58.  Once highway 58 heads into the mountains it’s actually a pretty nice drive.  I was expecting a furnace when I got gas in Tehachapi, but it was only about 75 degrees.  Elevation does have it’s benefits!   When I stopped for gas I also asked for some ice to keep my insulin cool.  Turns out the station attendant was type 1 as well.  Small world.  The town has a very pretty main street to it.  This would be a place to come back to in the fall for a ride. 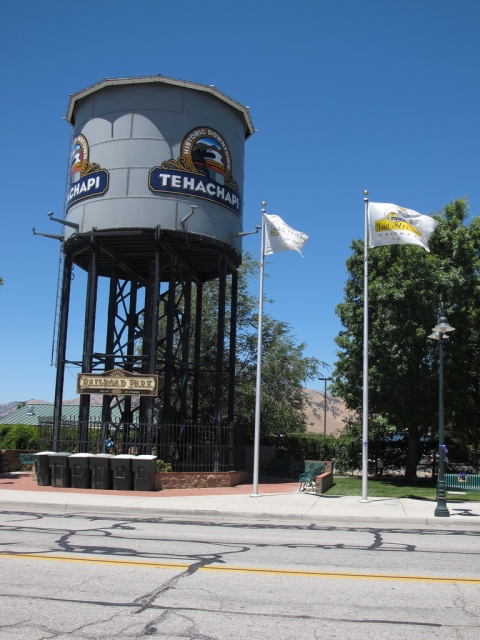 Once past the Tehachapi mountains, it was smooth sailing again to Barstow.  I was surprised at how far towns are from one another in these parts.  Once out of Barstow it was going to be a long haul to Needles. 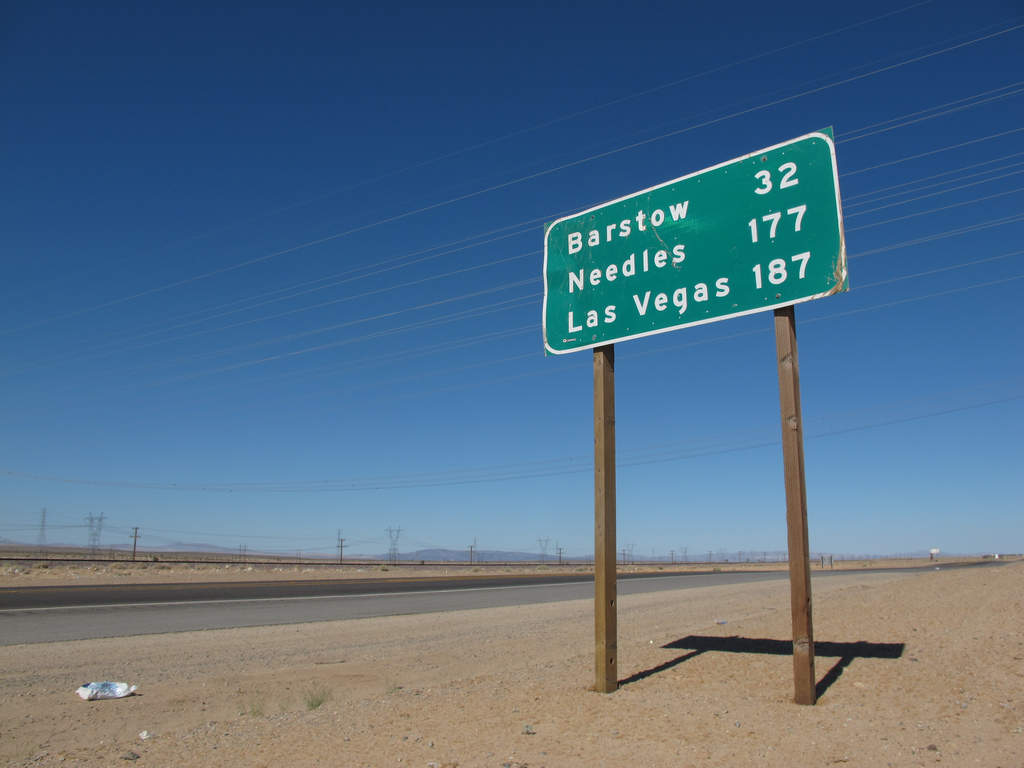 I thought I’d have freeway all the way, but the road varied between two and four lanes all the way to Barstow.  Once on Interstate 40 Caltrans put a sign up noting it was XYZ miles all the way to Wilmington, North Carolina.

Interstate 40 makes it within a few hundred miles from being a coast to coast Interstate.  At this point I thought I was getting close, but realized the Interstate 40 leg was going to be another 2.5 hours.

A few miles in I stopped at a rest area.  This was clearly the desert.  It was over 110 degrees and there was nothing green except for the trees that the state watered.  You could easily see the areas dug out for trees to retain water. 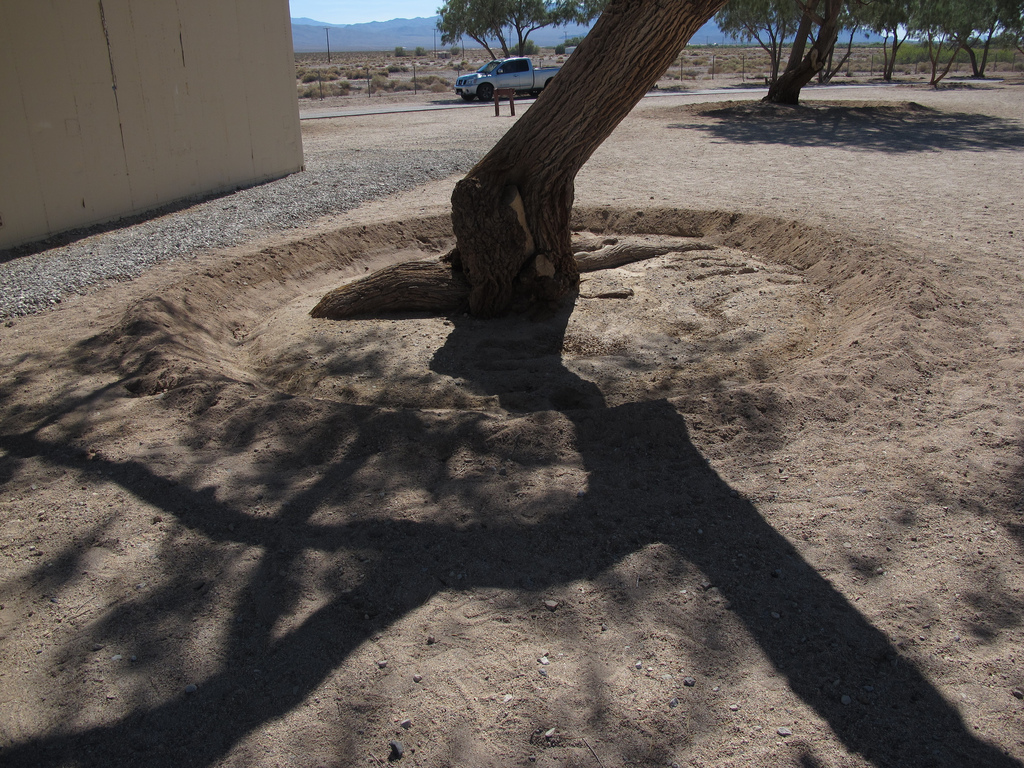 The “pet area” had no grass at all.  It was just one giant litter box: great for cats, not so much dogs.

A bit further on the Route 66 lore started to come into play near Ludlow, CA.  The local restaurant in town very much had the spirit of the highway. 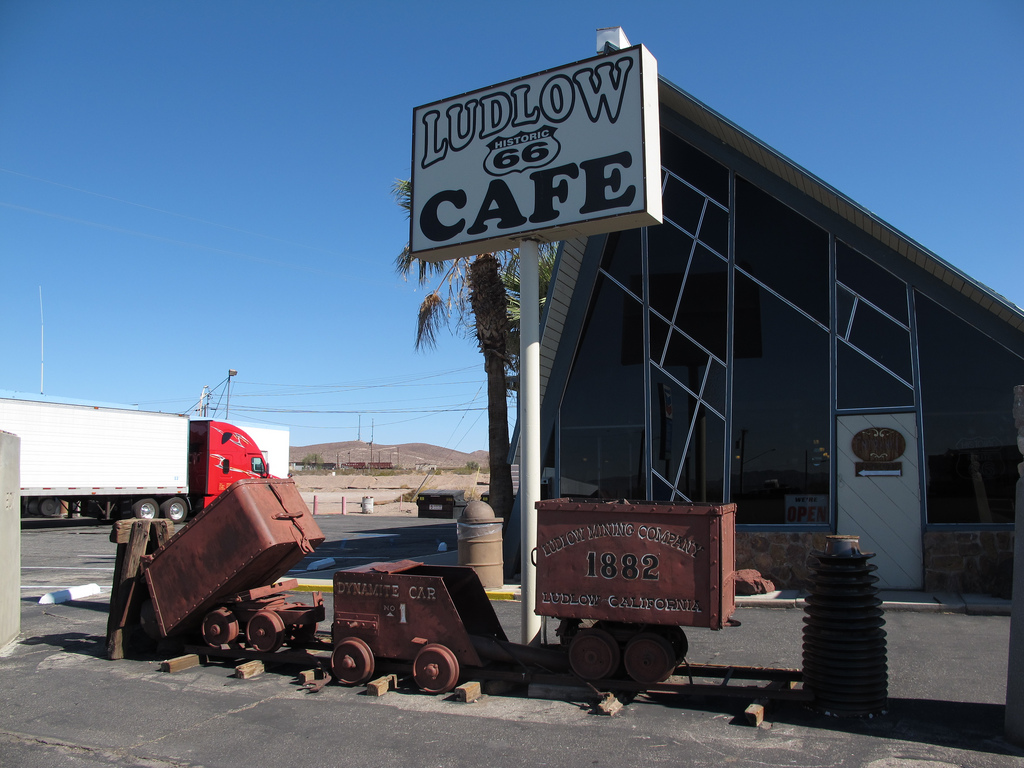 The bench made me smile.

I’ve done a fair amount of rolling around the high desert in northern Nevada and eastern California. This area however while still desert was very different. The elements seemed more brown and worn. I pulled off the freeway and started down one of the side roads to see the area:

But alas it was getting late and still near 110 degrees with miles to go.  I heeded the good sign’s advice! 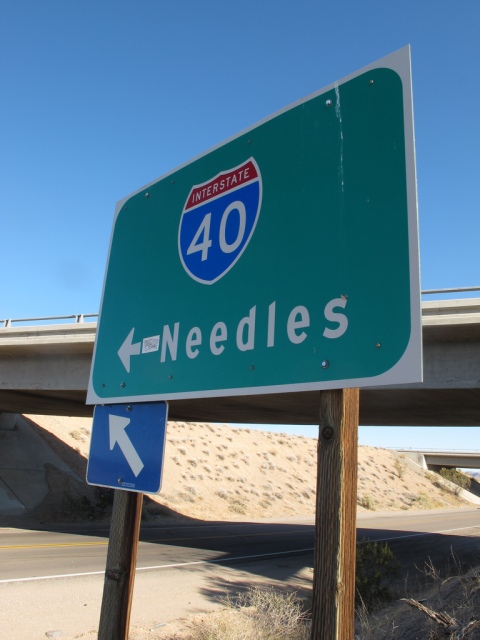 Rolling through town there was a sign that indicated a turn at full speed.  This is about as wide open throttle as it gets!

Just outside of Needles was as small gas station that has a 60s feel to it as well.

I was able to take some nice photos for the art exhibit.  More on that later.  As I rolled into town the serpentine belt started squealing VERY loudly.  As they say, from one adventure to the next.

I checked into the motel and wandered over to the Wagon Wheel for dinner.  It was nearing 8pm and still over 100 degrees!

Leaving the restaurant I noticed this mileage chart that seemed really cool.  I loved the quote: “Needles, CA: HotSpot known for absolutley nothing. 20 miles from water and 2 miles from hell.” 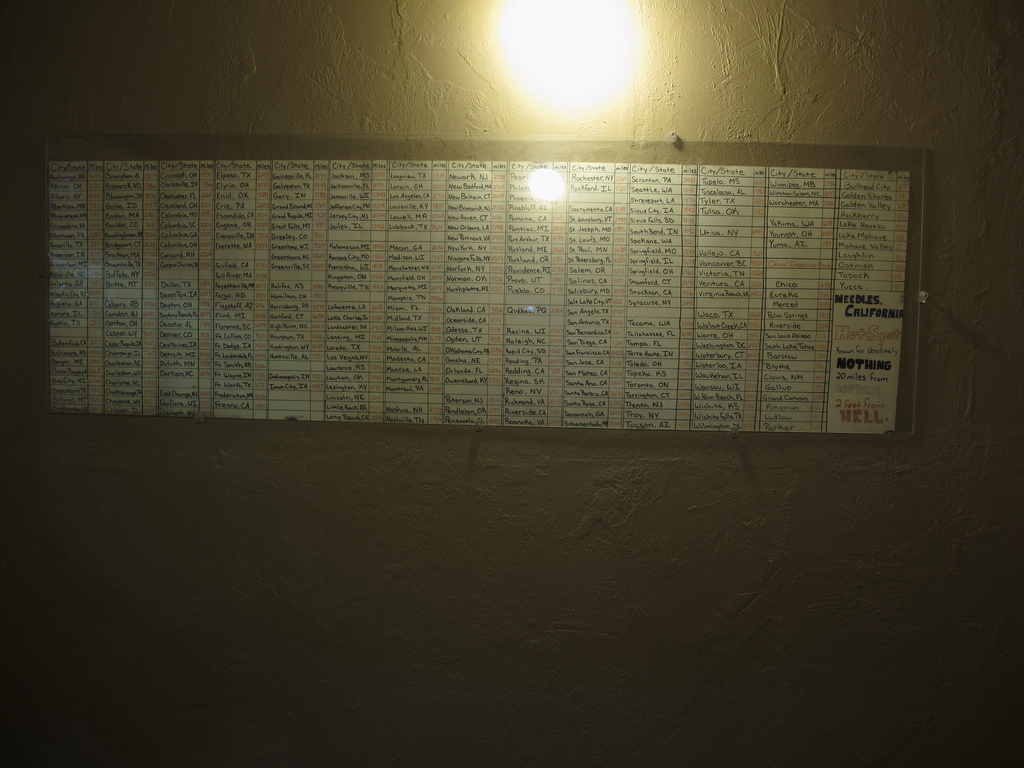 It was so hot the gas station offered free ice cream with 8 gallons of gas.  Mind you the gas here was$0. 75 more per gallon than home!

TripAdvisor clearly favored the Best Western Colorado River Inn, but seemed to have good things to say about the Rio Del Sol.  Since the Best Western was full, the number 2 option became my number 1.

One thought on “The Last Photo”