I needed to see the redwoods.  Something was pulling inside of me to go see the stately giants.  A few weeks ago I was up in Kings Canyon to see the Sequoias but they don’t have the same effect on me as the redwoods.  Redwoods appear (to me) as very gentle giants.  Their long, slender branches gather the needed moisture as the fog rolls in off the Pacific.  There is a small section on Skyline Boulevard  (CA-35) just north of Alice’s that gives a small taste of the north coast experience.  Nothing beats actually coming here.

I got out of the Bay Area late as usual and traffic was gridlocked all the way through San Francisco.  There is one section of 19th Avenue through Golden Gate Park which is a mine field for accidents.  Both turns at 25th Avenue and right before Fulton Street are blind turns that traffic flies into.  This trip was no exception.  Slow is your friend here.  Once north of the Golden Gate Bridge traffic started to flow again.  I didn’t expect to see another 2003 V-Strom 1000 in yellow on the road.  Suzuki only made the V-Strom in yellow that one year.  It’s a shame though as it is truly a great color.  Further down the road, I’d realized I didn’t have enough test strips for the trip as I’d hastily packed.  Nor did I have a memory card for my camera.  Fortunately RiteAid had both.

Lane splitting is great, but there is quite a bit of construction going on US-101 between San Rafael and Santa Rosa.  It was tens of miles of splitting to get to where traffic is flowing well again.  Once north of Cloverdale, I was really enjoying the ride.  The highway becomes twisty and there was very little traffic on the road.  A tropical storm was throwing some rough weather at southern California and we were seeing the very tips of it in northern California.  It was unseasonably cool for most of the ride up.

I’m not one to make marijuana freely available like Prop 19, but one of the major drawbacks of it’s current state is we can’t talk about it and how to use it safely.  This area is known for pot.  Trinity, Humblodt, and Mendocino counties are major production areas for the plant.  On this trip alone, I’d smelled pot being smoked in the car where the driver was clearly high.  We need more awareness around driving high.  Since it’s not legal in some capacity, it’s hard to then say “Don’t smoke on the road.”

Finally I crossed the Eel River to see the giants!

Once in Humboldt county the redwoods started to really line the road. I got to the cool part just after sunset, so I’d missed the sun’s long rays through the trees I’d remembered from a few trips back.

I met a couple, Mike and Audrey from Seattle who were riding down to Tijuana and back on a large cruiser.  They took a cool photo of yours truly!

The trees are super tall.  I’m always impressed while being here:

With the amount of moisture in the air, moss and algae are abundant.

The fading sun looked great on the bike.

I rolled into Fortuna just before 9pm. 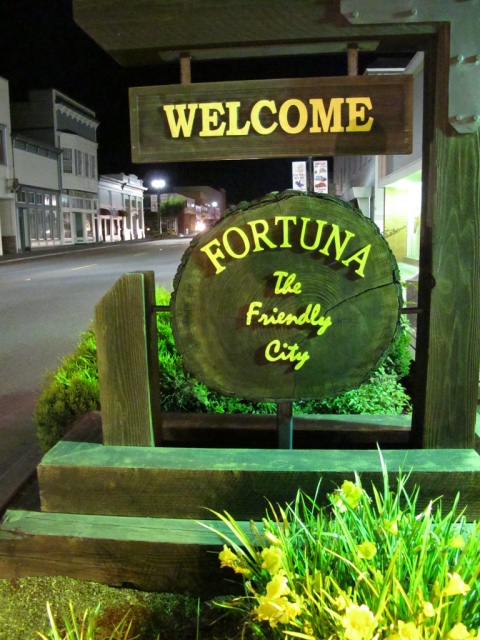 I’m on a new kick from THE MOTO 2012 to “do new stuff.”  I’d been to the Eel River Brewery a number of times before and the food is great there.  I had never seen downtown Fortuna.  The big spectacle in town is clearly the theater.  It’s retro style dominates the street. 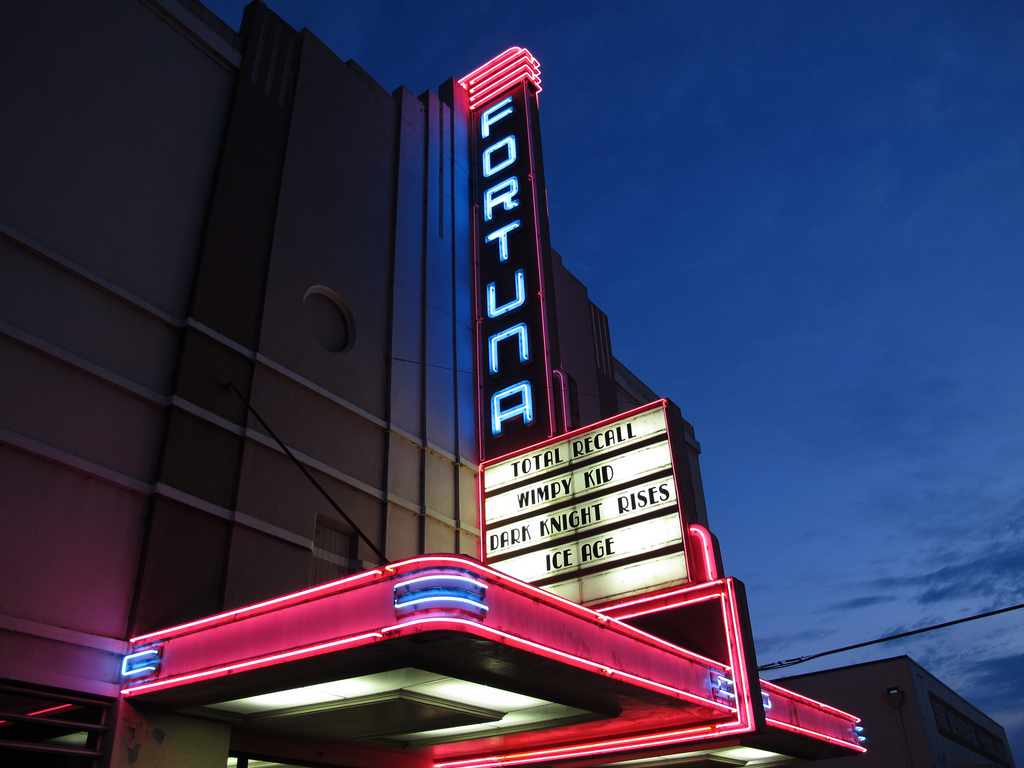 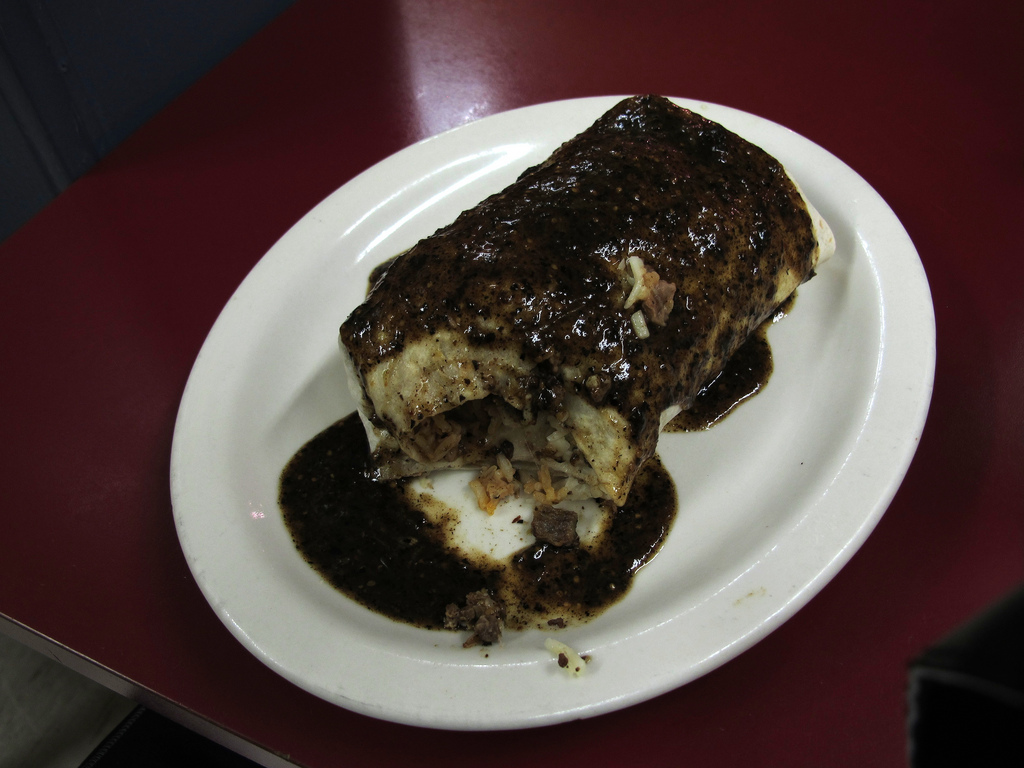 When staying in town I always go for the Best Western.  Since this trip was last minute, I got the Comfort Inn.

At the pool I met two more couples that were traveling back their home in Angels Camp from a few days out in to coastal Oregon.