I’ve actually not traveled all that much internationally in life but this January I had an opportunity to go to Asia with Netflix. Now that I’m signed on with Atlassian I’m off to Sydney. Atlassian is an Australian company so a lot of this visit was to meet a number of my counterparts down under. This job represents a big shift in my career as I’m now in technical product marketing as an Agile Evangelist. While I may write a snippet or two of code, I’m no longer in software engineering. This job focuses around content creation and promotion of Agile development practices as well as company products. Having done both waterfall (old) and agile development projects, newer really is better.

Brinda & Anshul were generous in dropping me off at the airport.  One of the challenges of longer trips as you usually have more stuff and can’t park at the airport.   Thanks to both of you!

When I go to check in for my flight I was denied boarding as I didn’t have a visa to go to Australia. I forgot to do that. Drat! Turns out I just had to fill out a form online and swipe a credit card. Oz gets an extra $25 from each traveler. The flight from San Francisco was 15 hours with a short stop in Los Angeles. The flight was long. Unfortunately there was no way around that. A co worker recommended I stay up until 3am Pacific, sleep, and then wake up right before the plan landed. The plan seemed ok until Delta decided to feed us at 4am Pacific. Business class was full of unhappy kids so for once, I was happy to be in coach!

A few hours later the sun came up over the horizon.  I went to bed on Saturday the 26th and woke up the morning of the 28th.  Crazy.

Finally the end was in sight. 14 hours on one plane is a LONG time.

I landed in Sydney at 8am with all the pains of long flights: stiffness, bloating, and being tired. I got the third degree about Australian Customs on the plane so I declared all my meds. Turns out after being routed to a few different lines with “hmm, not sure what to do with you, mate” they just let me go.

It was an adventure on the Australian version of SuperShuttle. I got to see a number of areas of town which was great, but I was the last stop for the ride. It was pouring rain the entire day. After way too long in the hotel I ventured out for dinner and ran into [LIAO] from Italy. He just moved to Sydney for English language immersion school. We talked bikes as he rode a Yamaha Fazer 1000 (we call it the FZ1). I was thinking of buying that bike when I got the V-Strom. 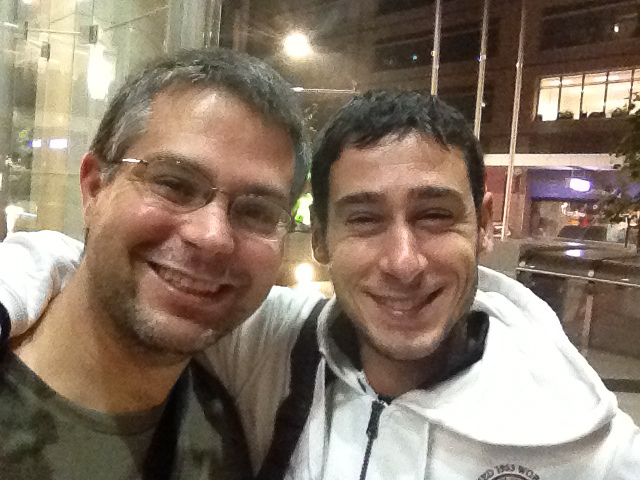 Atlassian is located right in the heart of Sydney in an old building that used to be a bank.

The first floor is a modern bank, but the date sign gives it that old feel.  They even update it day by day! 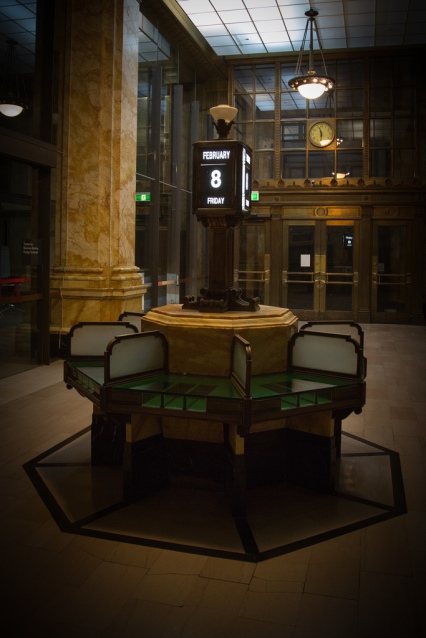 Sydney has a number of old buildings that have been well preserved. Theyt give the downtown a cultured feel. Earthquakes aren’t a big deal here so a lot of the older architecture is still around and in tact.  So much to say for two weeks in Oz.  More soon now that I have processed all the photos.