Steve and I talked about doing a ride in Lake Tahoe back in October during the Death Valley ride.  It sounded cool since it was far out there and one of those rides that would come together “in time.”  In about March the “wow we have a lot to do” came up and it was time to get down to business.  Some 1600 miles of planning later we had the 2013 Memorial Day Mingle.  It was three days of riding in Northern California across Yosemite, Lake Tahoe, and Mammoth Lakes for us.  The San Diego group had three more days of riding to get to us.

I struggled the most on the route planning for this section.  I wanted to have an interesting ride across the state, see Yosemite Valley, and do the roller coasters on 120 east of US-395.  The problem was at best I was going to get 2 out of three.  With 25 people going on a holiday weekend we focused on doing the high country well and give those the option to those that wanted to do the roller coasters.  Although a touch cool, the weather was awesome!  The Priest Station Cafe was super in getting all of us fed and back on the road in 90 minutes! 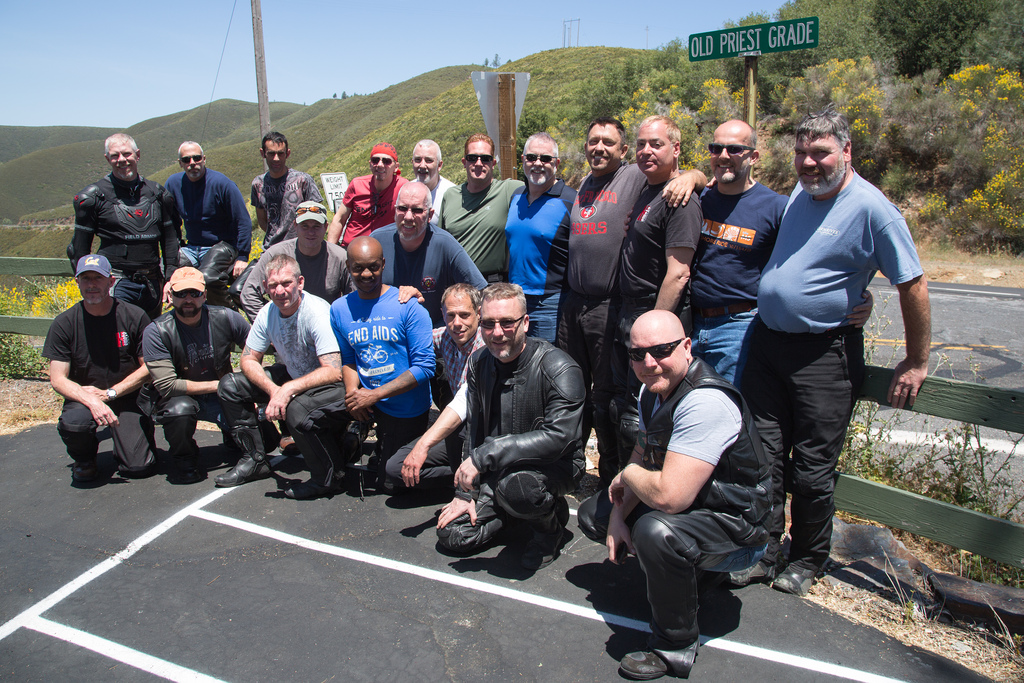 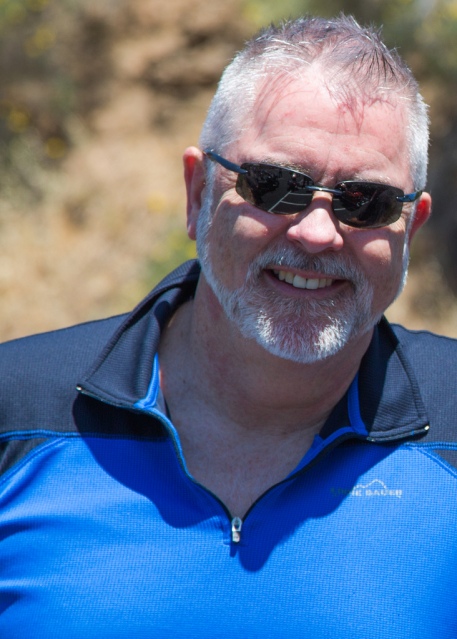 The next major stop was Crane Flat.  The traffic getting into the park was incredible!  I didn’t give enough wait time in the ride plan to account for that.  We decided to skip the valley and take our time through the high country. 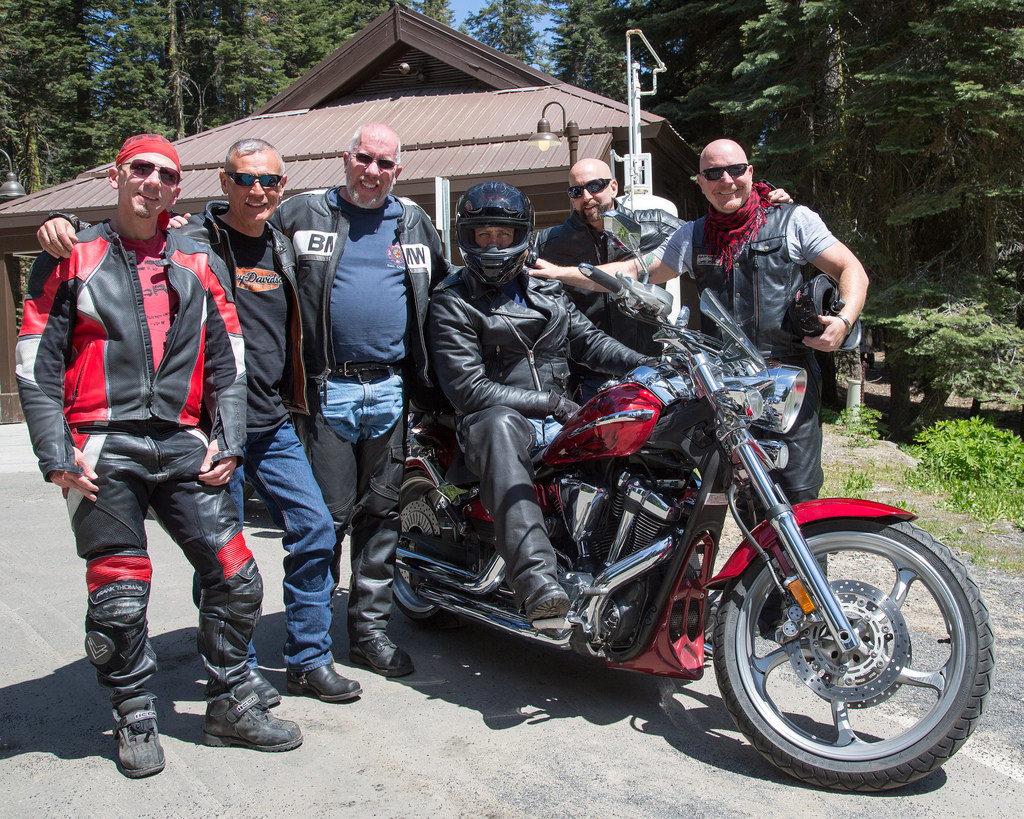 We saw some cool waterfalls and once on the road, we had a really unencumbered ride through the park! 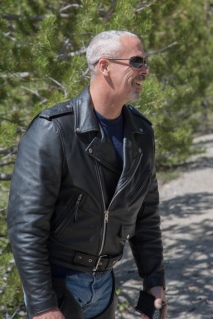 Olmstead Point is one of the key attractions of this area.  We stopped as well. 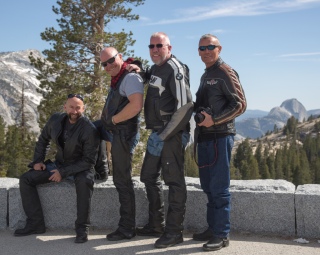 Tenaya Lake is just down the way and is cool too! 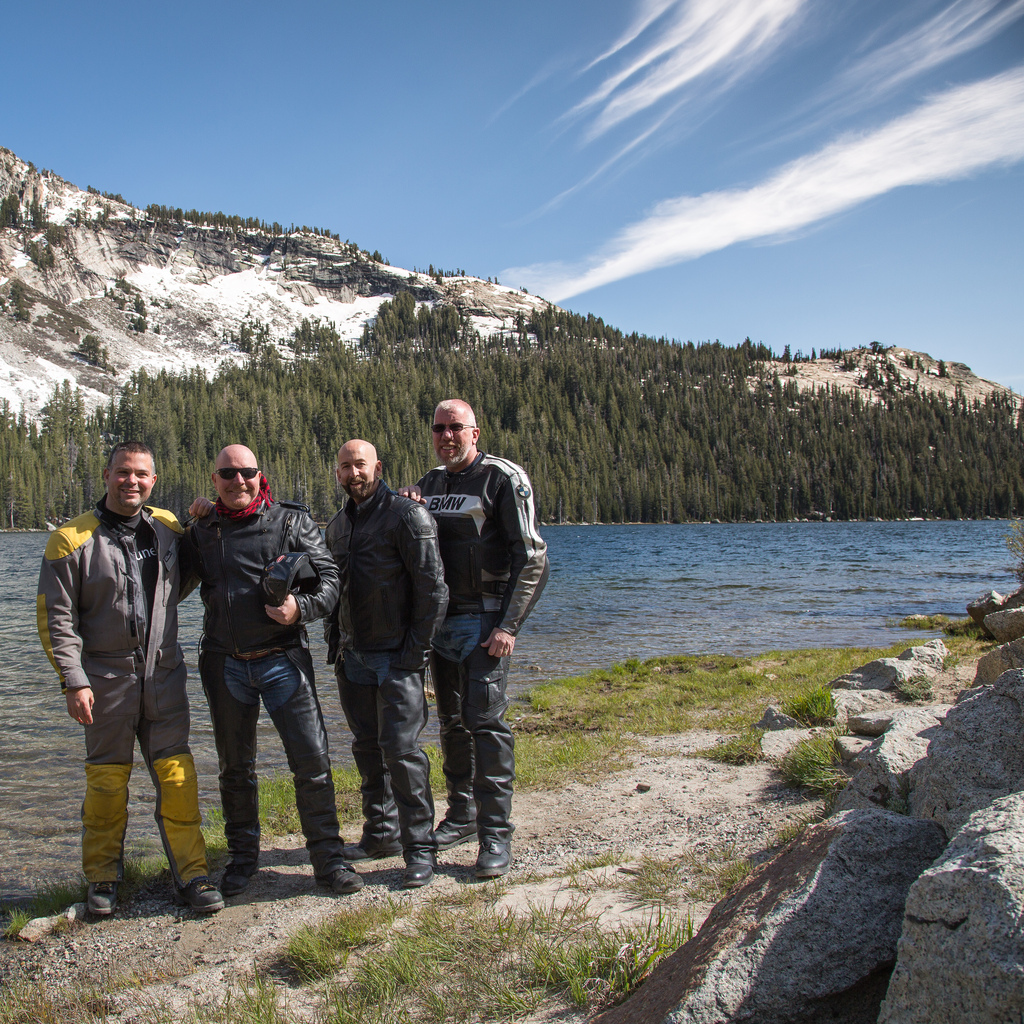 Tuolumne Meadows is the next natural place to stop, but the sun wasn’t in the right spot for great photos so we continued on.

With a last stop before the finish, I got a few more photos.  I tried the photo of a moving motorcycle a few miles back but found that the shutter speed was too slow as there was not enough sun.  This time I set all the settings manually and got the bike in focus with a semi blurry background. 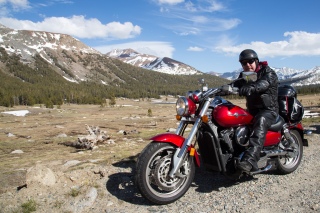 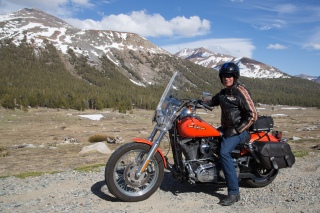 Dinner was in Mammoth Lakes at Perry’s.  Super good!

The goal of today was to see three major passes: Sonora, Carson, and Luther. Total mileage was just over 300 and would take all day. Our group slimmed down from 25 to 5.  Others decided to take a more direct route to Lake Tahoe.  I always enjoy the June Lake Loop as a short diversion from US 395.  This time we stopped at Silver Lake. 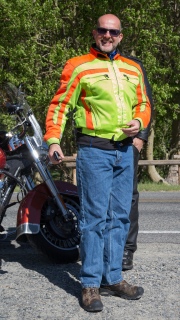 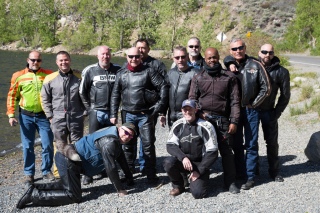 I wanted to get another go at taking photos of the bikes in a curve.  This time instead of using full manual I decided to use shutter priority mode and set the ISO manually.  The camera then chose the aperture.  I also shot in burst mode so it would take about 6 photos per second.  This gave me the full frame in focus and a few photos to choose from.  I was happier with the results. 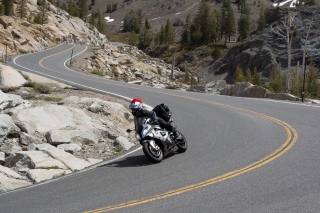 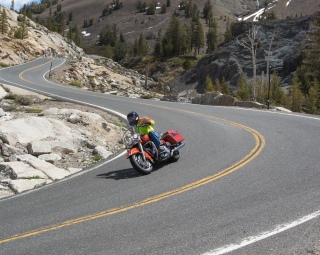 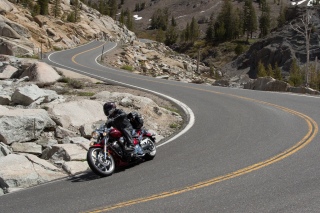 We lost a rider as he needed to head home due to some bike issues so the cadre slimmed from 5 to 4.  It was a pretty ride up Carson Pass.

I took Steve up to Emerald Bay for one of Tahoe’s prettiest views.  I couldn’t have him come all the way here and not see it.  The sun was going down so it was cold and very few tourists around (relatively).  Too dark for a great photo, so I had to pass there.

We woke up to temperatures near 30 degrees.  Brr!  Cloud cover didn’t help the situation.  The weather gods were calling for snow in the tops of the passes, so we needed to make time to get home.  We decided to take Carson Pass again as most of the group didn’t do it and it was a fast way to get back.  We stopped at a different Silver Lake this go round. 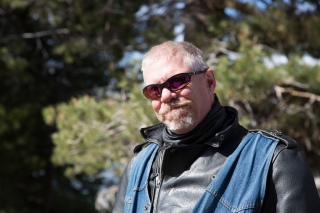 One rider in the group saw his battery light come on at about 5,000 feet up on highway 88.  We decided to keep going and get to Jackson so we might have a prayer getting things diagnosed.  The bike made it, but didn’t start when he turned it off.  It was clear the stator was not getting power to the battery.  We met an awesome cashier, Linda, who let us set up shop in her gas station.  Andreas pulled his old battery so we could get it charged. 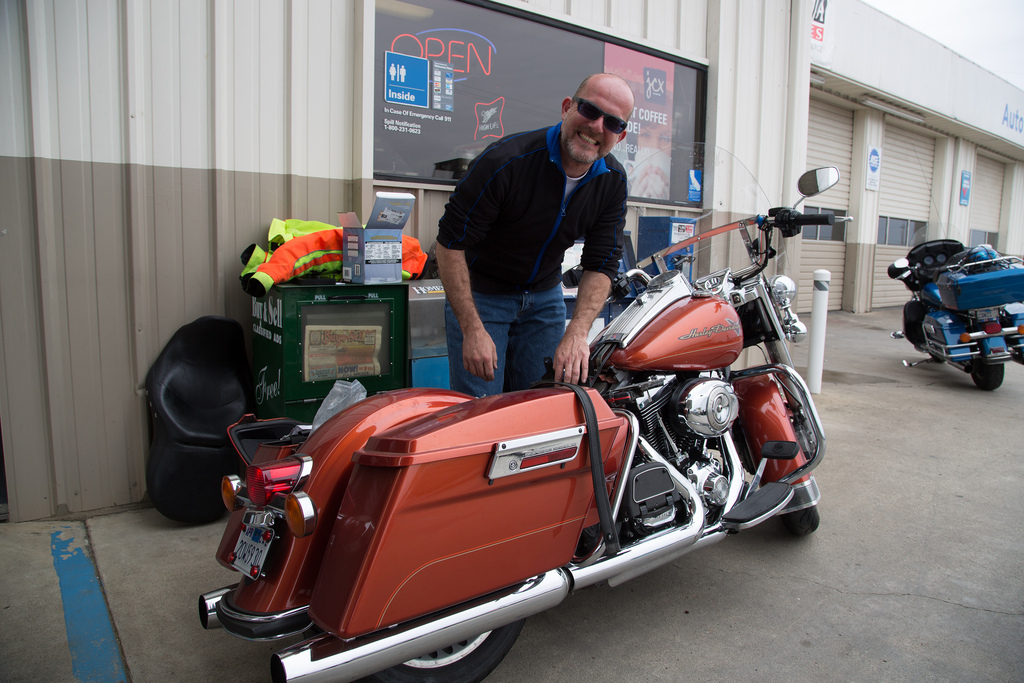 Rather than wait a few hours, he bought a new battery to get us to Harley in Stockton.  We figured if the current battery got us from the Bear River Reservoir to Jackson, a new battery would make it to Stockton.  We saw some “squids” roll in. Turns out one of them is the brother who runs the late Wildwood Store on highway 36. Small world.

We made it to Harley with only a few sprinkles of rain.  It was going to be a few hours before we knew what was wrong so we ordered in pizza and chilled out at their customer lounge.  Buying a Harley is a very different experience than a Japanese bike.  It’s all about how the bike looks, sounds, and image.  Japanese bikes still have the image factor.  V-Stroms have no image.  No wood paneled station wagon is sexy.  Ever.