Treasure Island speaks to me.  I love the view peering back into San Francisco from the island.  I stopped with a buddy of mine several years ago to show him the view.  He remarked, “this is the second most romantic view in the Bay Area!”  I wondered… what was the most romantic spot in the bay area?  “The back seat on your bike!” he laughed.

Leaving San Francisco was hell.  Two of the streets near my office were closed or heavily impacted due to a major accident.  Traffic was backed up for miles.  The Bay Bridge was no better.  I decided to stop down at the island and take in the view one last time before heading overseas.  I had most of my camera gear with me and wanted to play with a few different lenses on a scene I’d taken before.

I want to get better at leaning to shoot at wide angle.  You can get so much of the scene in at full resolution it’s crazy.  The 16mm setting gives the wide field of view I had on my point and shoot but with much higher fidelity.

Stepping up to 35mm the image looks a bit more natural as it does with the naked eye. I hear 50mm is the prefect fit, but I wanted to get a sense for the range on this lens.

At 70mm, significant zoom begins. I can begin to see detail I can’t see directly with the naked eye. 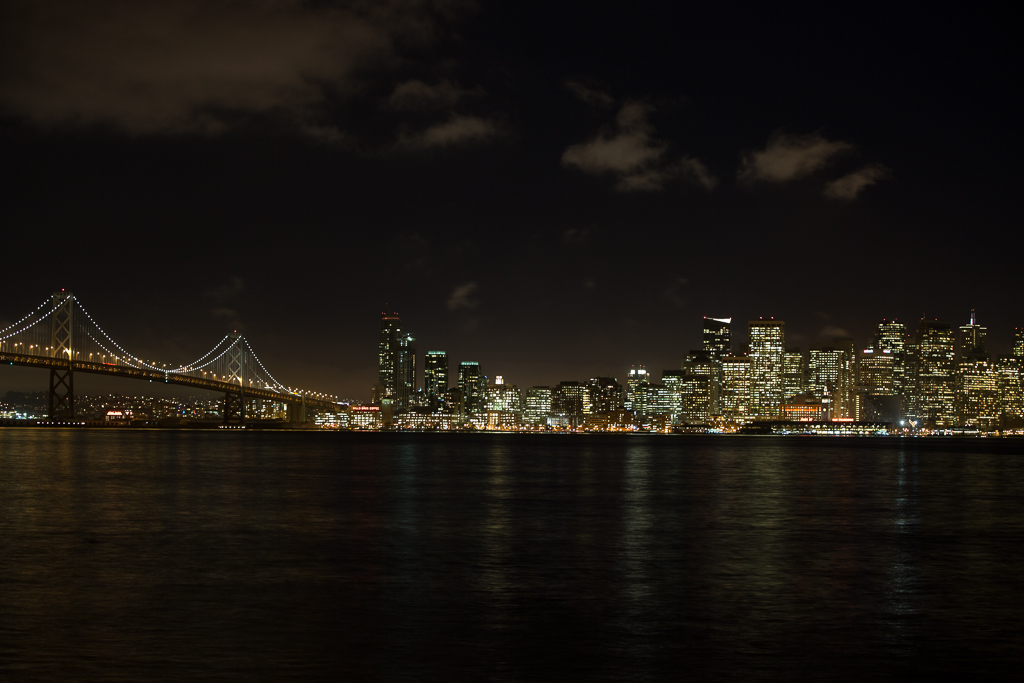 135mm was my sweet spot for this shoot.  It was easy to take a set of pictures at this focal length for a panoramic view of the skyline. 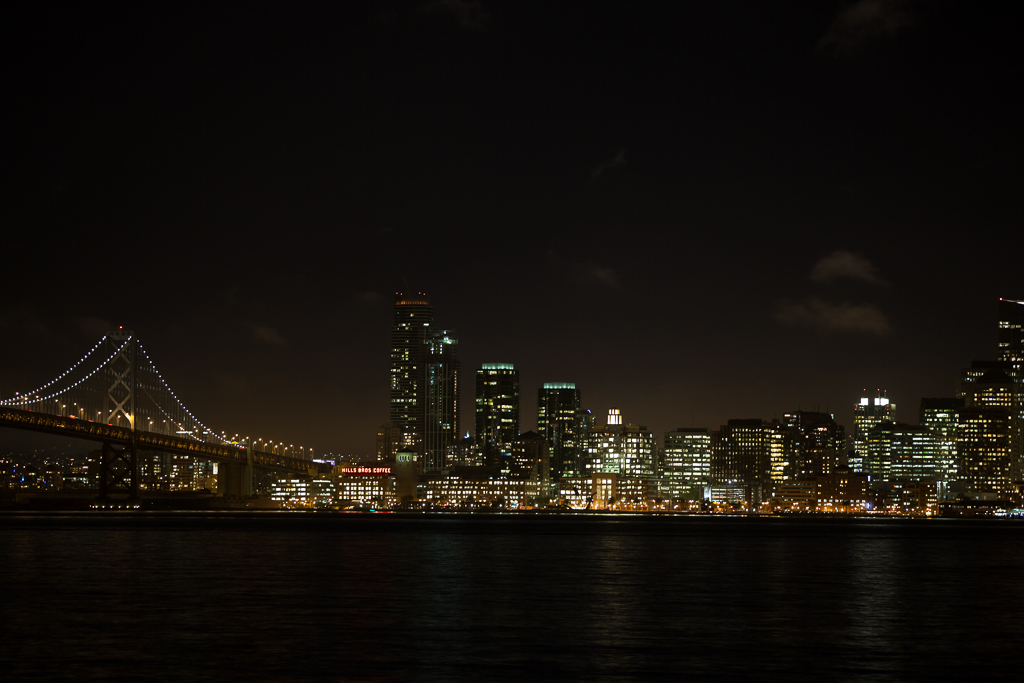 The hold of the tripod was stressed with my 200mm lens.  Sometimes the slap of the shutter would cause some camera shake and blur the photo even when using a 2 second delay to minimize the effect of pressing the shutter button.

My $75 tripod didn’t have the stability I needed for the shot.  I got lucky on the above photo.  Most of them looked like this. 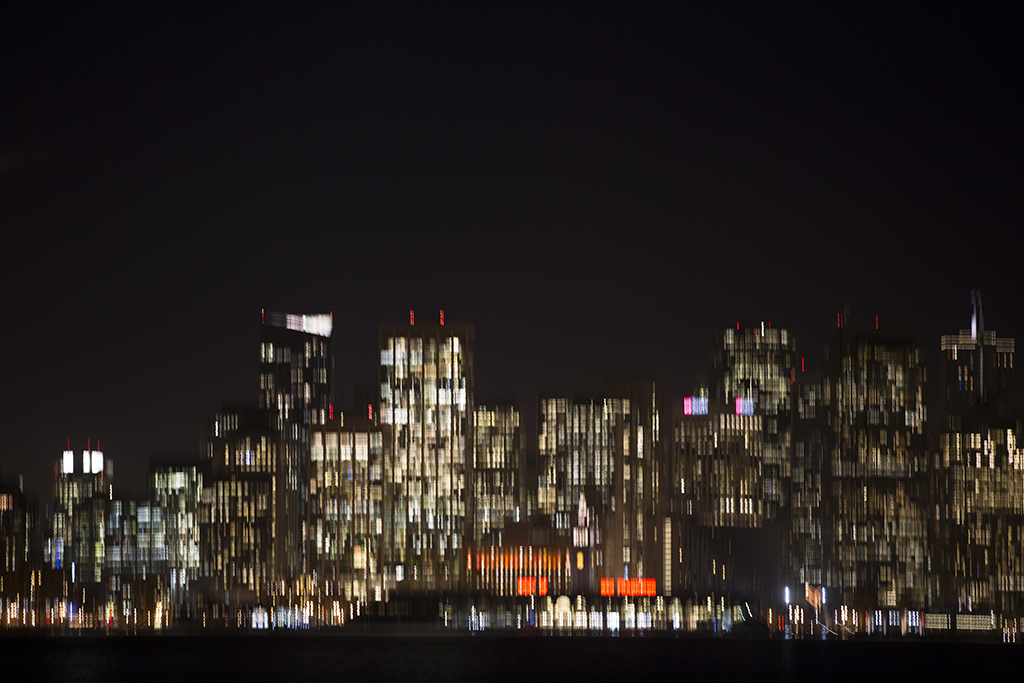 I read somewhere that the aperture controls the amount of starring on lights.  I took a series of photos at f/2.8, f/8, and f/22 to get a sense of the effect.

As the aperture gets smaller the stars on the lights get bigger.  The brightness of any individual light goes down.  Shutter speed significantly slows.  See the captions for exposure information.

About half way through taking photos, a stranger came up to me asking to see one of my photos.  He had a little point and shoot he was working with.  I recall many times coming out here with my G11 and trying to get every last bit of light into that lens.  Here’s the shot I love to take here!  It’s a series of 5 photos blended together.

Some racoons were hounding the area for food.  I’ve not seen them as agressive as in times past.  I was surprised the photo came out as well as it did given the automatic setting in poor light.

Traffic wasn’t giving way but I needed to get onto Sacramento so, heading east was the order of the evening, even with the rest of the lemmings.