The beaches here have a very different feel than they do back home in California or in Florida. In some places they share the rocky feel of California beaches. In other places they mimic Florida with her warm waters in broad white sand beaches. Mike and I started near Botany out near the Sydney airport. 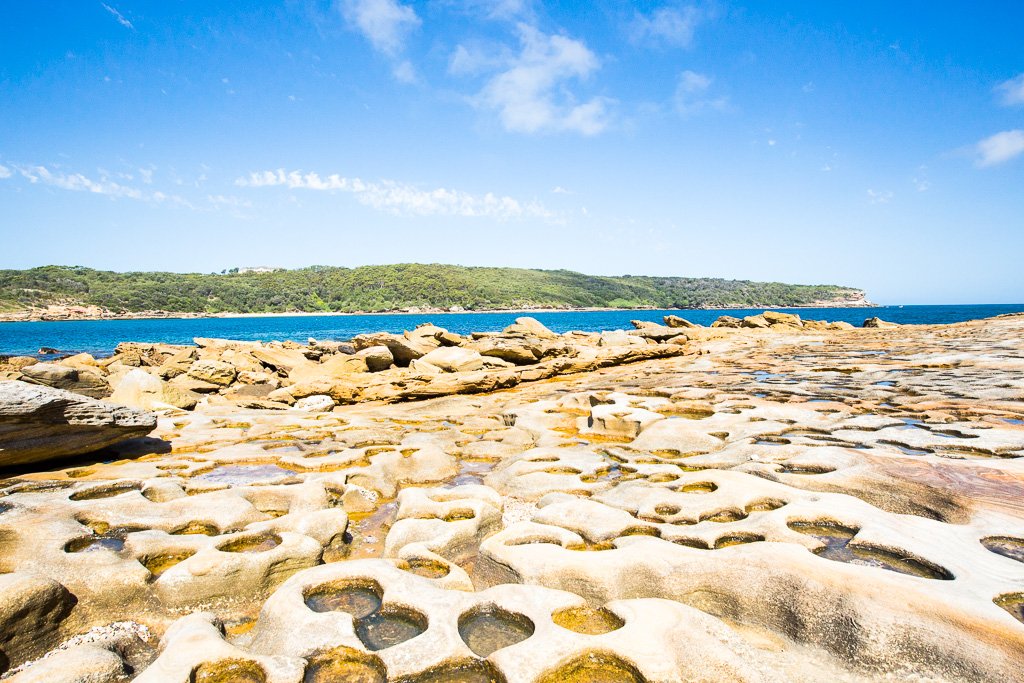 Botany very much had the California look but the Florida feel. There is a significant amount of Rocky coastline and emblazoned with beautiful natural color. Right before this trip I bought a wide-angle lens to help capture some of the natural beauty of Australia. I walked under the pier and struggled to get a decent photo with my 24 – 105 medium-range lens. I dropped in the wide-angle lens, backed down to 16 mm, and the perfect photo fell right into place. 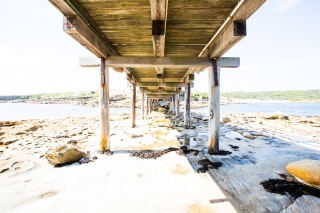 The beach surface very much looked like a moonscape with its holes filled with little puddles. It was fun to walk around and see what was inside each of the holes. 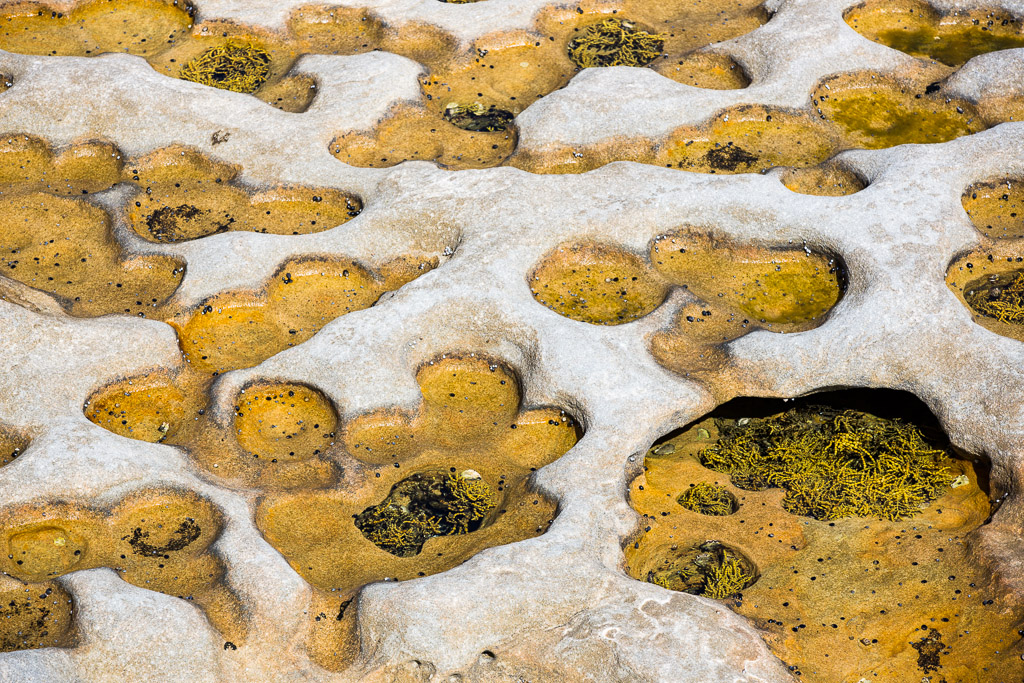 The geology though was what really caught my eye. The natural tones in the rock were outstanding. Rich color was easily found wherever you looked. 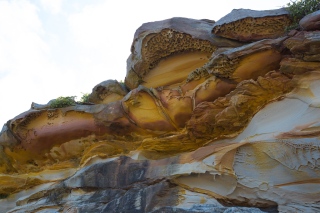 There were two war exhibits here on the beach. One was closed but the other “castle” was open for the public to see. I’m not sure what they defended with the structure as it seems a little bit, shall we say, small?

Bondi could not have been more different than Botany. Bondi was the Santa Monica of Australia. It’s the beach everyone goes to see and be seen. The beaches here are totally Florida. The ocean is warm, the sand is wide, and there are people of all kinds dotted all over the beach.

The icebergs is an ocean side pool in Bondi. It gets its name from the waves crashing against the pool and splashing upwards. In high tides the water spills over into the pool. I didn’t have my swimming gear, but this one is definitely on the bucket list.

Plant life and animal life here are unique. Australia being an island nation sequestered from the rest of the world for a long time developed a unique habitat for flora and fauna. The pine trees here also caught my eye. The local kids have a trick that you can strip the green off of the branches easily and out pops a wooden sword to fence with your friend. 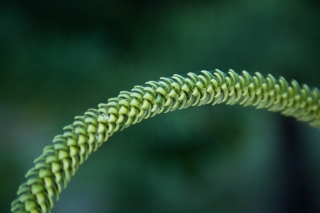 We got a special number for dinner. Anyone get the reference? 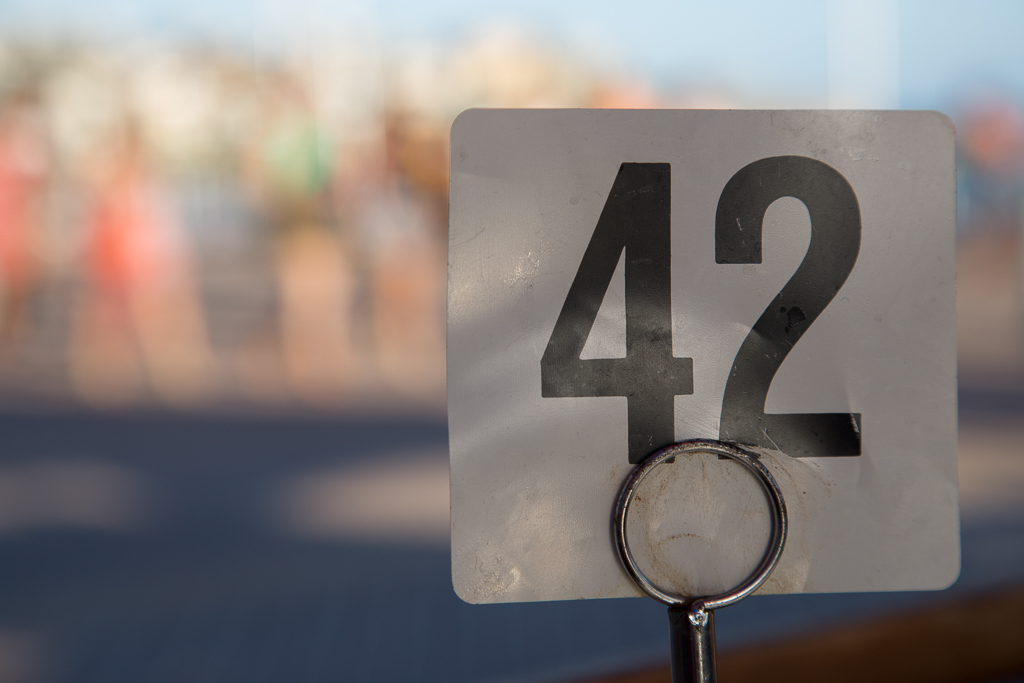 I took the train to get back to downtown and decided to walk home is a really enjoy walking over the Sydney Harbour Bridge. The main lights were still off but with a little camera work the opera house still looks beautiful. 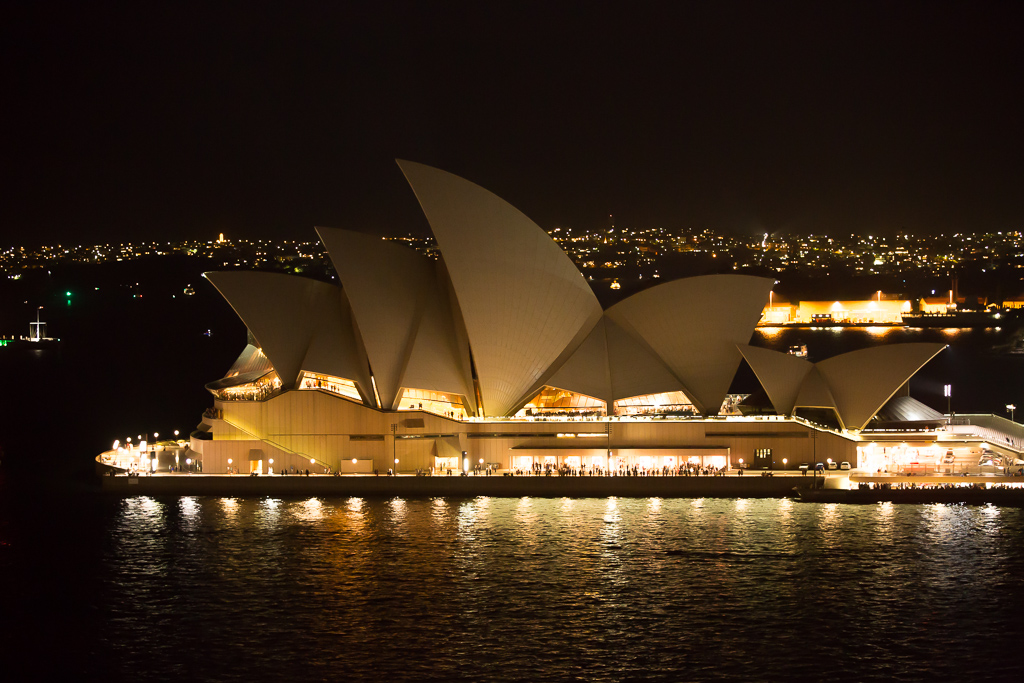 I can remember first moving to California and feeling odd about being under another government’s flag. I made no value assessment either way, I just noticed it was different. It’s easy to fall into thinking the world is just like him with the vast amount of culture exported by the United States. While we do share some traditions, Australia is the uniquely independent culture in a number of ways. I’m reminded that I’m a guest in a foreign land each time I do see that flag.

The security on the bridge appears to be even more intense than on the Golden Gate. Six full-time guards ensure the safety of the bridge. Each card usually works between 8 and 12 hours. I’m sure they look for terrorists, suicide risks, and the random tourists that has the same question over and over again. 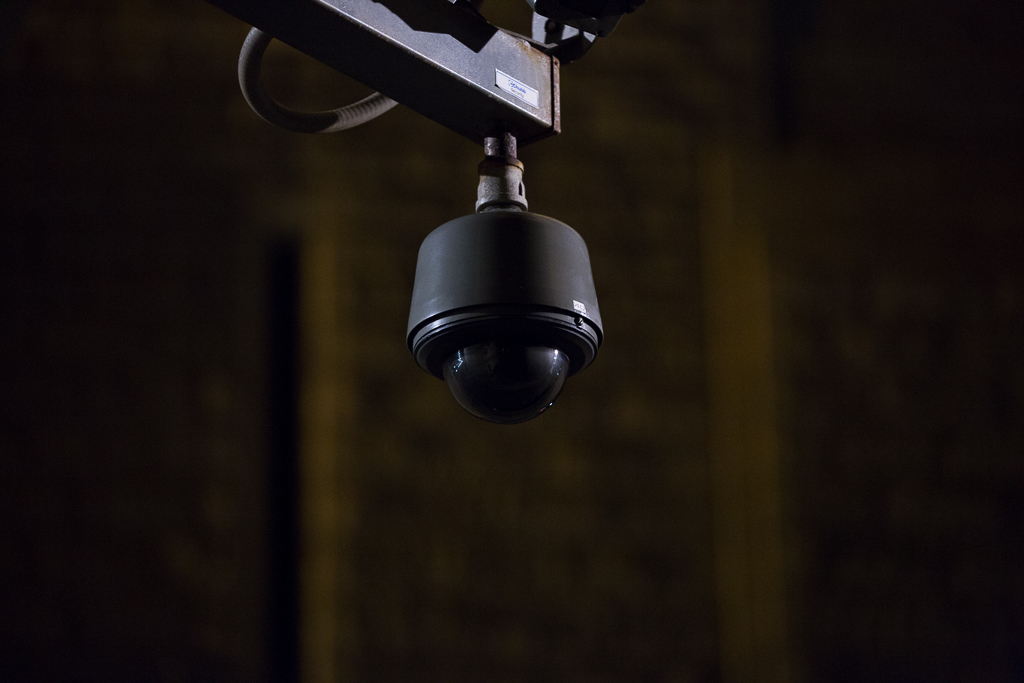 The bridge has a lot of unique character to it and was recognized for its ingenuity by the Americans. I’m still partial to the Golden gate though. 🙂 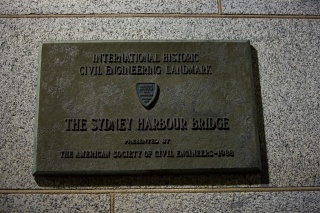 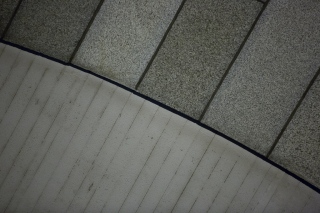 It was a quiet night on Sydney Harbour. There were just a random few boats out and about on the harbor.

One thought on “Beaches: Botany and Bondi”