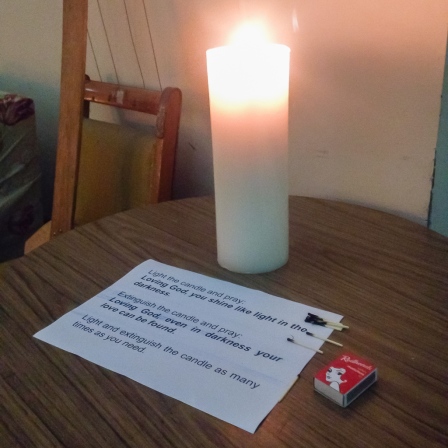 Fair Day had a number of religious organizations in the community section. I was curious to see what church was like here in Australia and how it may be similar or different to the experience I’ve been exposed to in the United States.  I’m looking for answers in the spiritual realm.  I don’t think the Evangelicals have it totally right.

Hillsong is a large mega-church based in Sydney that had some influence on the churches I attended back in the States.  Hillsong is the SaddleBack or the Joel Osteen of Sydney.  I was curious to see if / how Hillsong may have evolved over the past few years with respect to their views on LGBT people.  A little Googleing outed them that they are moving forward as a church. Ben is a member of Hillsong and recently came out.  Stumbling on Ben’s blog was super cool.  He’s done a really good job telling his own story.  Props to him.

A former coworker of mine is a very devout Christian and I respect his faith and convictions.  We differ on a lot of viewpoints, but that’s okay. We give each other margin in the context of discussion so that we can learn from one another.  He’s traveled the world and seen how different cultures express the Christian faith. He’s used those experiences to distill down the essentials and the nonessentials in his beliefs.  I don’t think many people find that clarity or freedom in their religious life.

For lack of any other reason, I just had the urge to go to church. I wanted to see how church was here in Australia.  I didn’t know what to expect other than that the sermon was likely to be in English. I found Glebe Café Church’s through some organizations at Fair day.  The website portrayed the church as a Christian seeker friendly, postmodern, contemporary, whatever the word is these days.

I have to admit in my past life I’ve been hard on the word agnostic. I felt like in a lot of ways it was a socially acceptable way to say atheist. Somehow agnostic to me was the stopping ground to live in a culture that’s aggressively theistic. As life tends to humor those with firm positions I find myself in a place trying to put together what exactly I think when it comes to spiritual matters. After coming out, my religious life turned upside down. I knew I needed to find a way to put them back together. I just needed to find a resting spot.

Tonight seemed to be the night to take a stab at learning more.

There were 7 of us at the church service that night. I didn’t know how to process the fact that the group was so small. In some ways it was easier because you stuck out. The group had to acknowledge and engage with your presence. It was also terrifying in that you couldn’t hide in the anonymity. You had to fully engage with the people, the presence, and the evening.

The church service was anything but typical. Sure, we had announcements, an opening prayer, and the pastor thanked us for coming. From there things diverged significantly from what I had known back in the States. The evening centered around 6 stations in which you could interact with God. The evening was clearly in a Christian context so Jesus was central to the evening as well. What was different though is that there was no direction other than “as the spirit moves” for how to interact with each of the different stations. We had 20 minutes to spend anyway we wanted to.

The first station I stopped in at had some Christian themed music playing that you could focus on the words and the lyrics. Most of them weren’t the 7/11 songs I’d sung in church over the years (7/11 song: same 7 words 11 times typical of “praise” songs in the 90s). Some of the songs were from popular culture. I listened to one song but for me the connection wasn’t there. After a few minutes, I moved on.

The second station had a bunch of different words tacked onto the felt board. Some had positive connotations and some had negative ones. What sparked my thought process there was a verse that came from Paul in his letter to the church at Philippi.

Messages are deeply powerful things. Each day internal and external messages fight for thought space in our minds. What spoke to me was that we have the power to filter. Messages that bring us closer to the space in life we want to be our ones we should focus on. Messages that detract or bring us down we should actively let go.

The next station had some images of Jesus in a old-school church sort of art form. I don’t typically connect with that sort of art so I decided to use my time at other stations.

This station had the most profound impact on me for the evening. Even as a kid I always like to play with fire and light candles. That being said, there was a thread in me that significantly engaged here. Throughout Christian teaching, light plays a very close role to God. Light is the essential element that powers over darkness.

I’m not sure what to make of that little allegory. I don’t think of it solely in the Christian sense but a broader message about connection and community. I’m still thinking through the one.

This station was actually hard for me. There are a bunch of colored pencils and sheets of paper with a person already drawn on them. The exercise was to pray through drawing. We were to connect spiritually with God by using the pencil and specifically focusing on the needs of our physical selves.

Growing up prayer was always a spoken thing. The art form took prayer into a very different expression than I was used to. It forced me to think about my physical self in a different light than I was used to. Those few minutes challenged me to a new perspective. I’m still thinking about that one too.

The last station was simply a box of chocolates. A thank you to the member of the church and a respite for the weary.

We closed with the Prayer of Examen by Saint Ignatius of Loyola. It’s a simple way to close the day.

I left refreshed. The day was genuinely good. Riding the motorcycle back home in the rain was I as well as having some time in church. I do want to go see Hillsong before I returned to the United States. More on that in a future post.

One thought on “Glebe Cafe Church”