The motorcycle trip across southeastern Australia was truly awesome. My time is winding down here, so it’s important to get off my tail and go see the things I wanted to do in my spare time. Australia is about as big as the United States, and the Great Barrier Reef is in northeastern Australia. I foolishly made the assumption my first trip here that it would only be a day drive up there.

In a lot of ways Expedia makes travel in the world easy. Booking travel here in Australia through Expedia is almost identical in the United States. You scroll through all the pretty pictures of various hotels and the dizzying array of packages for airfare as well. Fortunately, April is low season. Tour operators were aggressive with discounts to lure the limited supply of tourists.

The flight out there was easy. It was direct flight from Sydney. When I originally got my ticket I thought it was only a two hour flight but found I was going to sit on the airplane and hour longer when I learned that Queensland does not observe daylight saving time. Queensland is a lot like Arizona in that it’s much closer to the equator and has less of a need for daylight saving. Plus, the rest of the country thinks they are a little more “bogan” than “civilized” Sydney and Melbourne. Upon arriving in the airport at Cairns I smiled. All of the seating in the food court had a technical theme. 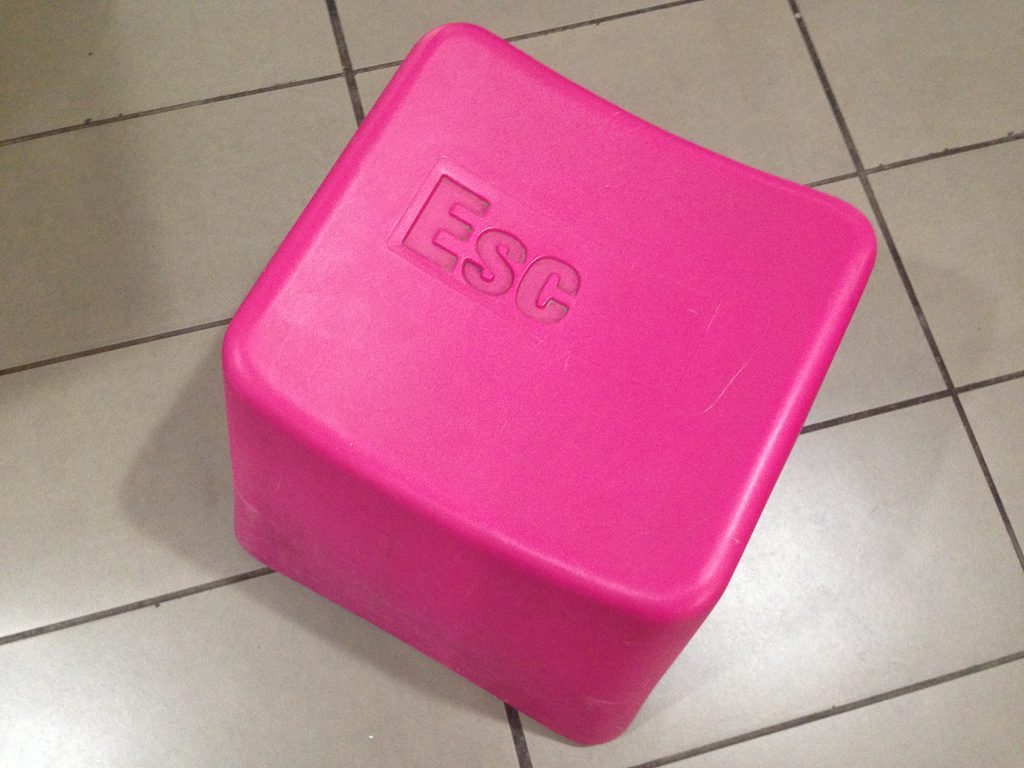 The cab driver that took me to the hotel was really cool. He migrated to Australia from Europe a number of years ago and settled in Cairns. He was super knowledgeable about the area filling me in on restaurants to hit, tours to do, and stuff to wander in and out of throughout town. He actually strongly recommended the hotel restaurant for lunch, Mondo’s. I took him up on his recommendation and ordered the seafood fajitas.

Food in Australia tends to be more functional in my opinion than in the United States. When ordering the seafood fajitas there wasn’t a giant pile of rice, refried beans, and sweet corn like you’d find at many Mexican restaurants in the states. What was served was completely filling but not over filling. 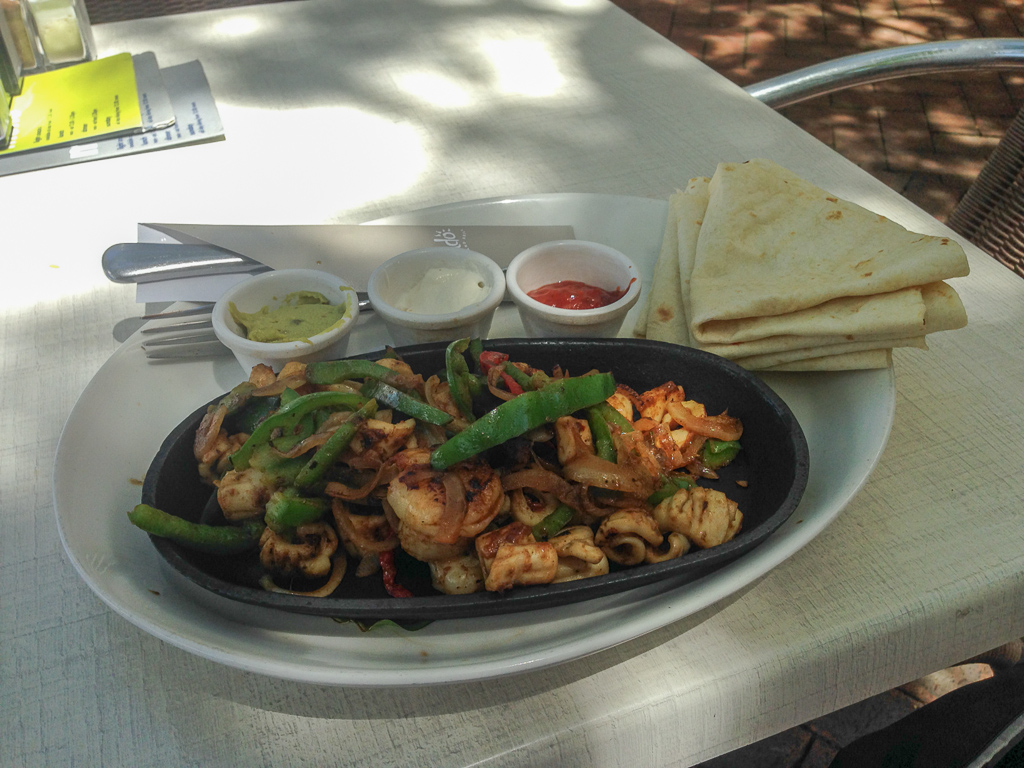 I wound up at the Hilton out near the Esplanade of town. They put me in a city view room likely because I booked a preferred rate through Expedia. It rained most of the afternoon which was uncool, but the rest was nice. The view actually turned out to be pretty cool. As the sun waned a splash of color carried across the sky highlighting the tropical, but mountainous areas of Cairns. 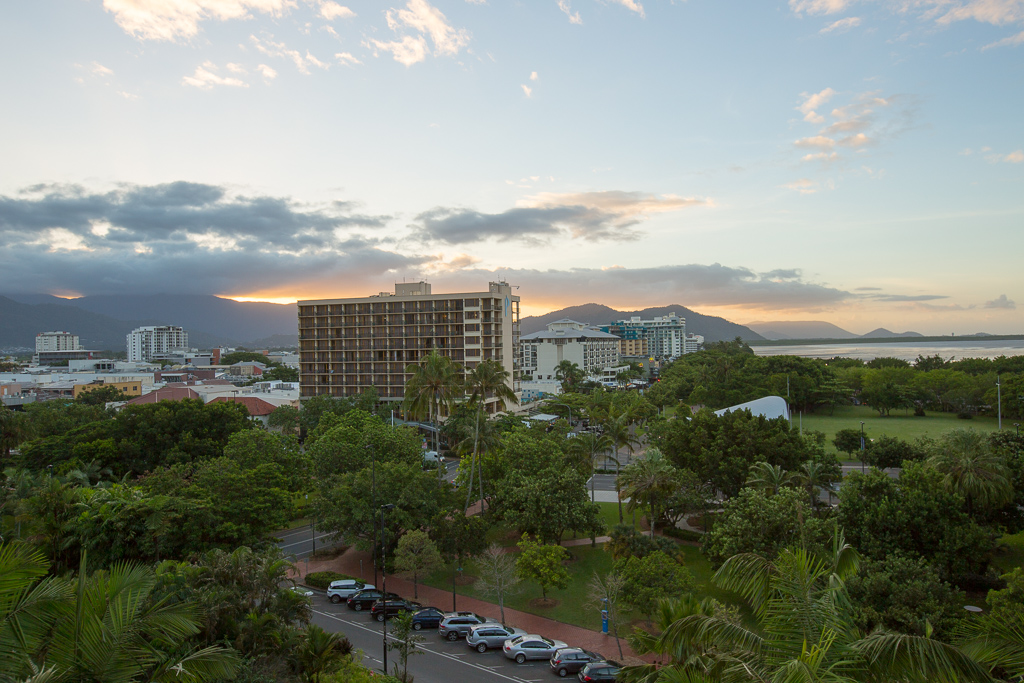 Cairns is a recreational and functional port city. The small town had a surprisingly large marina which appeared to serve large cruise ships as well as fishing vessels and tourist boats. 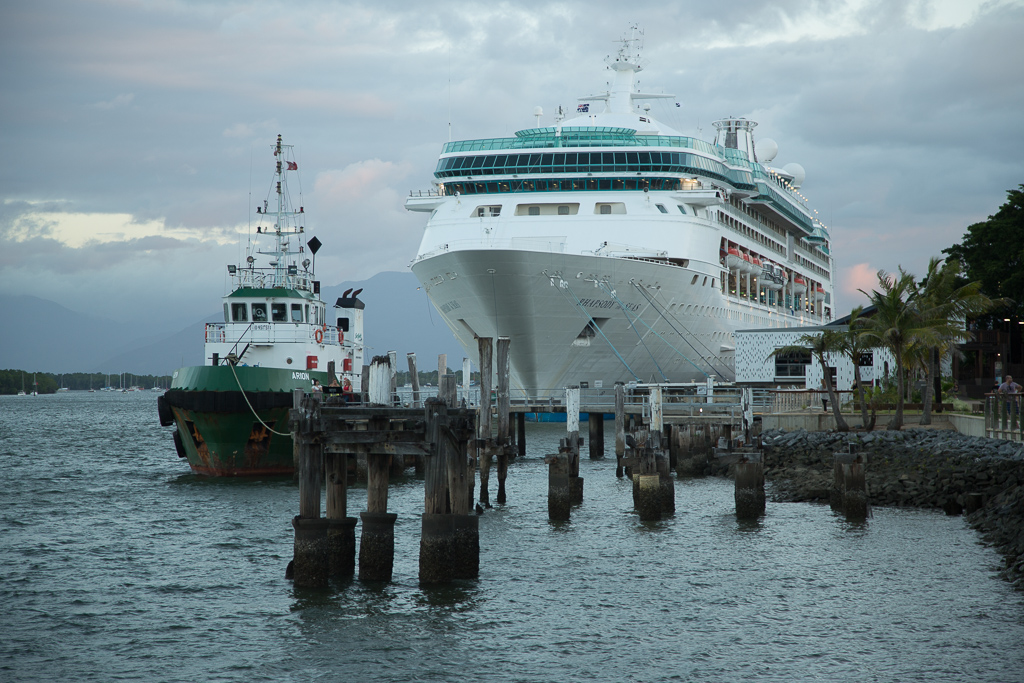 Spending many summer vacations and spring breaks down on the Florida Panhandle I’ve come to enjoy cheesy beach music by the water. This really was no exception. This musician was content to play for the money hotel bar guests as the sun vanished behind the horizon. 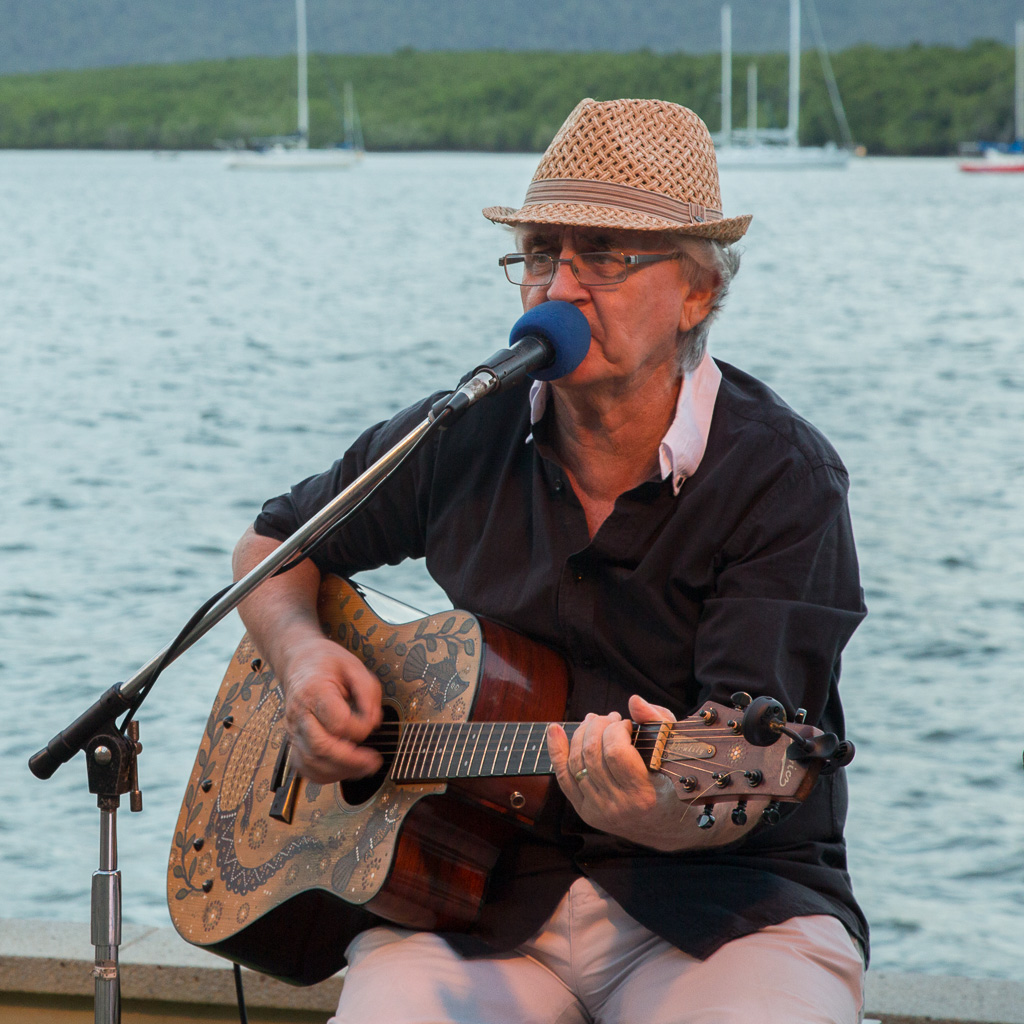 When walking around town I stumbled into a large group exercise session that appeared to be doing some type of aerobics. Maybe it was Zumba. I jumped in with excitement and started rocking out with the group until I realized I was the only man there. I sheepishly stumbled back out and started walking back towards the hotel. 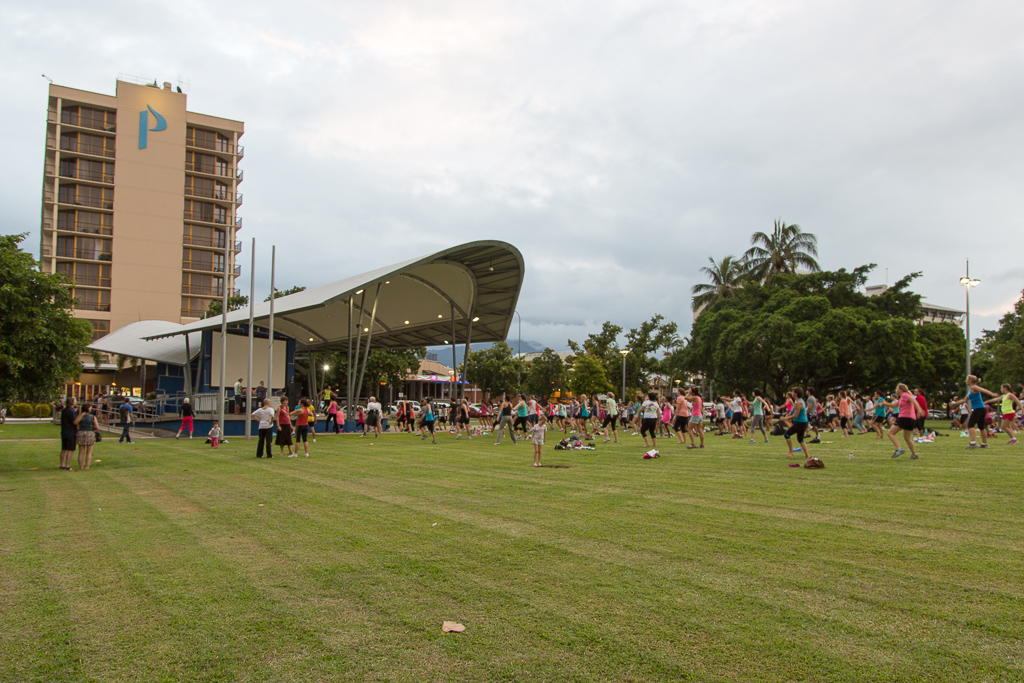 The pool at the hotel was amazing. It was the strangest 50 m pool though. You had to swim in an arc to get the full 50 m. It was like motorcycling and swimming all in one!