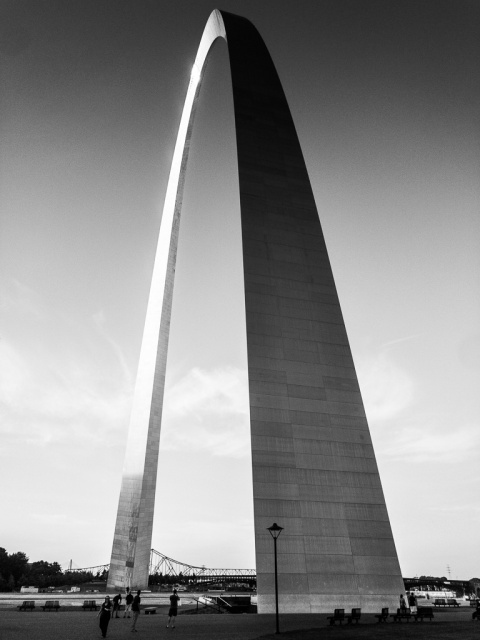 I love traveling to cities with well-known landmarks. St. Louis is no exception. The last time I was in Missouri was about 10 years ago on my cross-country motorcycle trip. I only touched the extreme southwest corner of the state which doesn’t give me any sort of Missouri credibility.

When traveling, I always try to get out and see a little bit of the local culture whether I’m there for business or pleasure. I was hoping to see the Arch but my time in Missouri was definitely short. Late Thursday afternoon I was able to sneak up to the top with some friends to peer out over the Missouri and Illinois landscape.

This trip brought back a number of memories from my cross-country motorcycle trip. When riding the motorcycle out of California I focused on two major landmarks: the Continental divide in the Mississippi River. Crossing the Continental divide meant I was leaving the west. Crossing over the Mississippi River meant I was leaving the great plains and heading into the East. 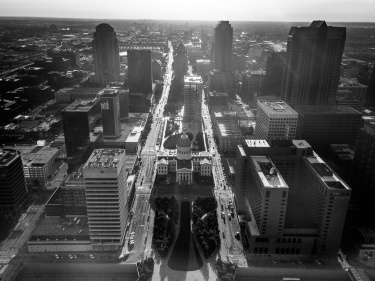 The Gateway Arch was a monument built near the Mississippi River to commemorate westward expansion. It’s hard to not appreciate the migration of people over thousands of miles that made our country where it is today.  Riding a modern motorcycle, on modern asphalt highways, and staying in not so modern motels still made for a less than simple journey across the country. I couldn’t even begin to imagine what it was like in a covered wagon on makeshift trails.

The “elevator” to the top of the arch works on a cantilever system since the cab has to travel in a curved rather than a straight path to the top. The cab would move up, bump to the side, and continue moving up the arch. It was a weird feeling for sure, but definitely not unsettling. Four minutes later I was 630 feet higher looking through tiny windows across the Great Plains.

Looking to the West I can see all of St. Louis. It’s a large city stretching out well into the horizon. To the east was Illinois separated by the grand Mississippi River and connected by a few bridges. It’s always fascinated me to see the flatness of the Great Plains. California has such a varied topography which is a stark contrast to the consistency of the landscape here.

I would be remiss to say that I didn’t enjoy the barbecue, biscuits and gravy, and the smell of sweet tea. It always amuses me when people refer to America as a single culture. Traveling reminds me we are a varied people across a varied landscape that have traveled great distances and done great things to become the nation we are today. 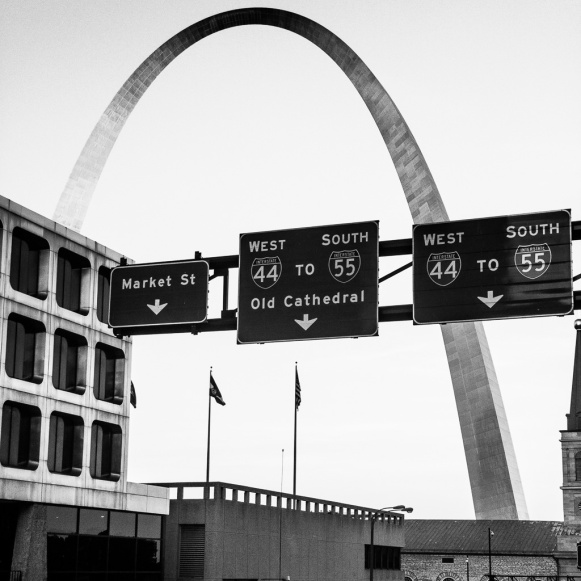 One thought on “The Gateway Arch”