John had to get back early and I wanted to take my time on the way back. The mountains are one area in California I love to explore. This was early in the season to be out here for me, so I wanted to do some poking around. As usual I checked the weather report for key areas along the route. Kirkwood was the high spot along the ride. The weather had other plans than we did.

This wasn’t the middle of winter. It was MAY 1st. Six degrees? Really? It’s been cold this whole trip but this was extreme. So we decided to kill time and hope that things warmed up. My first stop was at altitude so I was in no hurry to get going. Three hours later things were in the high 40’s in the valley so I figured they were in the 30’s at altitude. Last fall I had ridden up 168 and caught a nice sunset so I figured I’d head out that way again. The road goes way up into the hills, but it’s pretty much a vertical climb sans one turn. You’d think there would have been more twisties. At about 9000 feet my luck of clear pavement ran out and I hit a big sheet of ice.

My legs are short, the bike is tall, and there weren’t many people around. So I parked the DL and started hiking. I had about a 1.5 miles to hike and climb about 1000 feet to get up to the lake. Just a bit up the road the gates were up to mark the official closing of the road. I kept hiking. The view was worth it.

All of the ups and down of being alone that came at Eureka Dunes set in here, but were even more intense. I was alone in a snowy alpine setting. No one was around for the duration of my stay up there. After hearing some rustling down the way I figured it was time to head back down the mountain.

The drive north along US-395 was pretty. The mountains had plenty of snow on them.

I don’t think I’ve ever been along the June Lake loop (CA-158) and not taken the short 12 mile diversion. It’s much prettier than the highway the east and has a number of cool lakes to see. 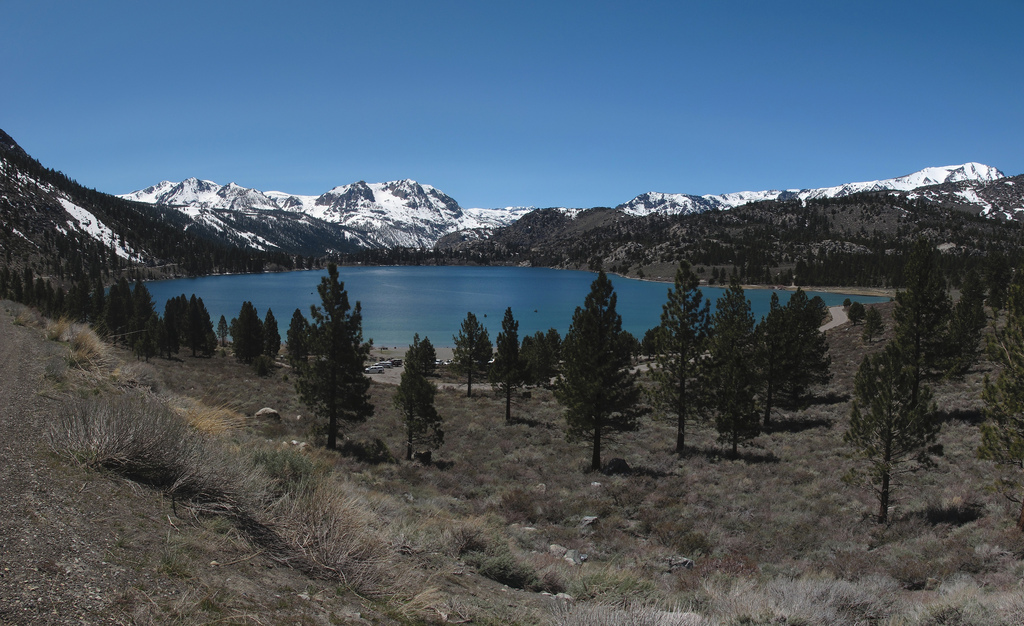 Since I got a late start and meandered most of my way, I’d not made much progress. I got to Walker about 3pm for lunch. Mountain View BBQ was well worth the wait though! The smoker sits on the side of the road like a beacon in the ocean.

The food was awesome as usual…

With a full stomach it was time to make time. The pass at Kirkwood was in the 40’s so no issues there. One of my favorites stops on CA-88 is Caples Lake. I’d first taken this picture in the fall of 2007 and liked it so much, I wanted to see it in each of the seasons. I got the last one, spring, on the way back.

I remember when crossing the United States being really enamored with Kansas. I really enjoyed soaking in the large grass praries and how the wind blew across them. On the way back there was a bit of CA-88 that reminded me of that area. The setting sun was adding a bit of yellow to the greens.

It’s not so flat on the other side of the road. 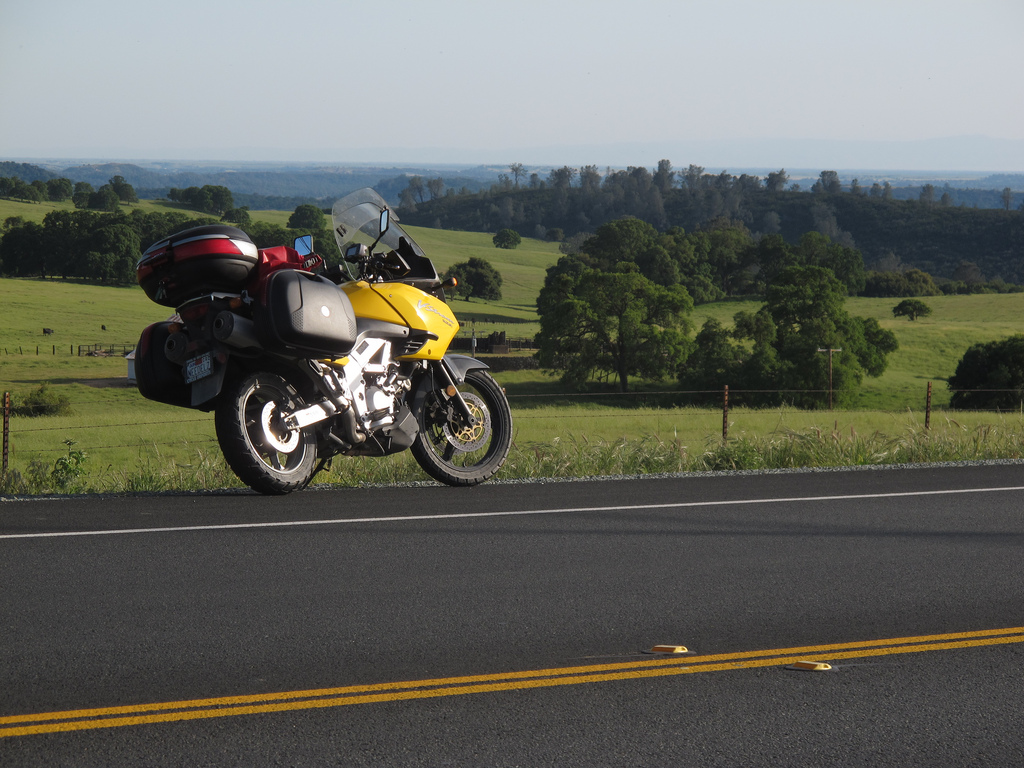 At this point the two lane fun road funnels into the network of freeways to bring me home. As the sun sets on day 4, so my vacation ends.

The route plan for the last day: